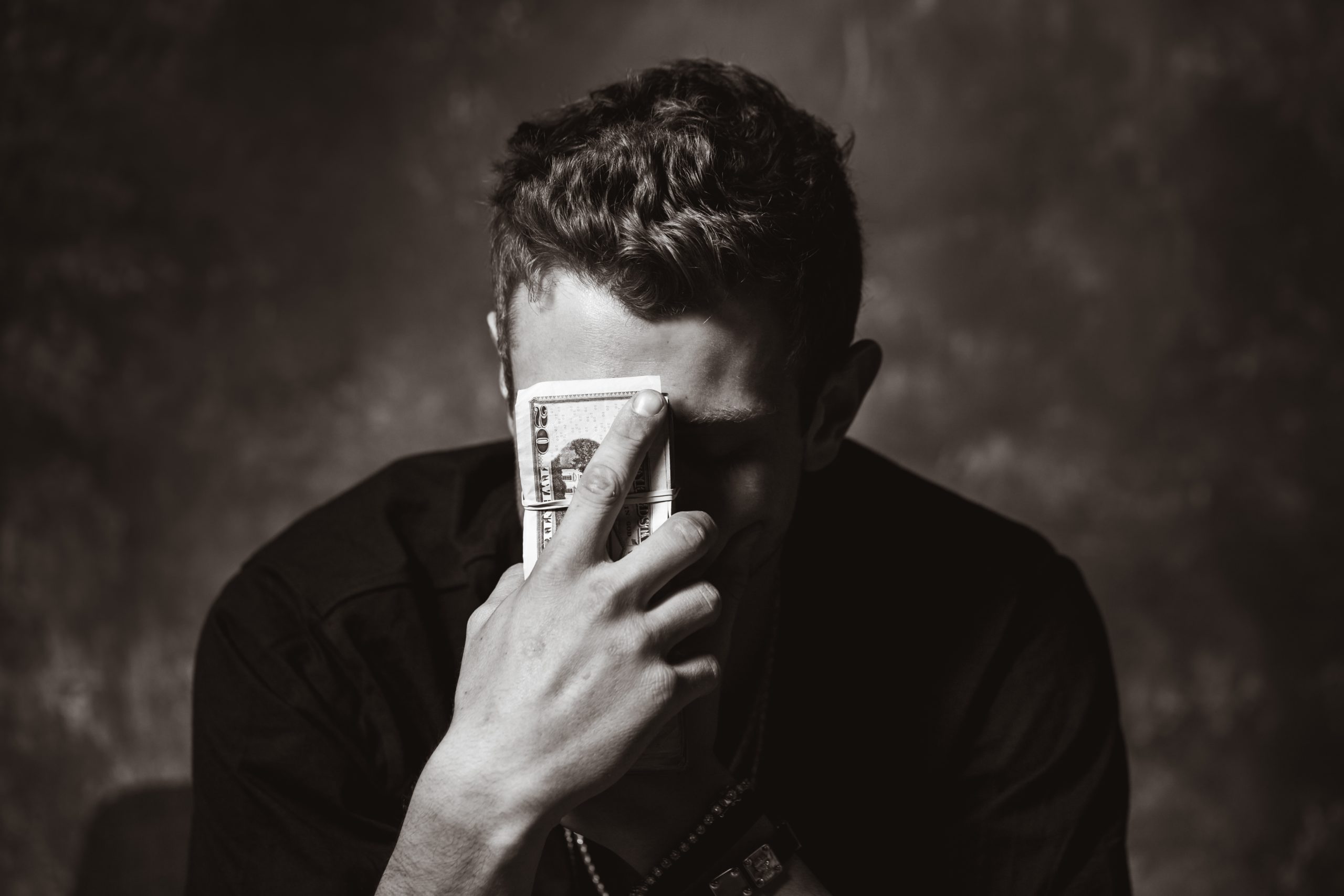 Tithing was a command instated for the Old Covenant Jews, but due to its lack of mention in the New Testament, many believe that following this law is no longer a requirement.

So, why is tithing not addressed in the New Testament?

These are four truths that I believe disclose why tithing is not addressed by Jesus or His disciples in the New Testament.

4 Reasons Tithing Is Not In The N.T.

1. In the Old Testament, tithing was a response to deliverance, but now we live in response to Jesus’ death.

Tithing was a response of the Jewish people for what God had done for them.

The first person we see this with is Abraham when he gave 10% to the Lord.

“…And blessed be God Most High,
Who has delivered your enemies into your hand.”

And he gave Him a tithe of all.

This was the first recorded instance where someone gave in response to God’s faithfulness.

Scripture goes on to make it clear that man in the Old Testament was undeniably sinful. As a way to cover their sins, God instituted sacrifice. The blood sacrifice of an animal was not made to appease an angry God, but rather, God’s lovingkindness made a way for His people to still come before Him. Sin and rebellion meant death, and instead, God provided a way for His people to be “covered” by having an animal die instead of them.

Whether the Israelites wanted to sacrifice for a celebration, for worship, or to make a vow unto God, either way, they needed to come before God. Sacrificing was the only way to do so because sin could not stand in God’s holiness. Thankful of this covering for sin, people in the Old Testament gave 10% of what they were blessed with and offered it to the Lord.

In the New Testament, however, we have such a greater sacrifice that was given on our behalf – the blood of the Son of God, Jesus. A single sacrifice that covered humanity and can deliver those who believe forever.

In response to this greater sacrifice, I don’t believe Christians should follow the same limiting response of offering to God only 10% of what they have. Our response to God should be much greater, and I’m not just talking about finances.

With the sacrifice of Jesus’ blood, we also received God’s peace, deliverance from the devil, entrance into God’s family, and the Holy Spirit!

In the face of this, if we respond to God only with the minimum 10% of all we have, like the people of Israel, then we are missing the point. We are meant to give our entire lives in response to what Jesus did for us.

2. In the Old Testament, tithing was focused on maintenance, and today we’re focused on the Great Commission.

Israel tithed to maintain and supply the needs of the tabernacle as well as the Levites who managed it. During the Old Testament, Judaism wasn’t aimed or even focused on spreading its influence on other nations. Israel’s goal was to keep itself from being contaminated by everybody else and follow the laws God had instated. As a result of this, the law of the 10% tithe was followed to maintain what had been placed under their care.

However, after Jesus came, He showed us a much greater vision and purpose for our giving.

Jesus commanded His followers to,

Go therefore and make disciples of all the nations, baptizing them in the name of the Father and of the Son and of the Holy Spirit…

The Church’s vision should no longer be limited to recollecting funds just to have enough for the maintenance of a church building; our focus should be giving for the sake of the Commission of Christ.

Giving to expand the message of Jesus around the world should be the vision that drives every believer to give.

If we are being limited by the idea that we must give 10% because the Israelites gave it for the maintenance of a building, then our vision for giving is missing the point.

3. Tithing misses the mark of discipleship.

I believe that the reason Jesus’ emphasis was not on tithing was because His emphasis was on making disciples.

There was a difference that Jesus wanted to highlight to His disciples, and that was the difference between people who would just follow rules like the Pharisees, and those who were willing to surrender anything to follow Him.

For instance, the Scripture below lays out perfectly what Jesus wanted to instill in the heart of His disciples – generosity and love instead of a religious rule that was met but seemed to overlook the needs of those around.

“If you have two coats, give one away,” he said. “Do the same with your food.”

“I will give half my wealth to the poor, Lord, and if I have cheated people on their taxes, I will give them back four times as much!”

Jesus wanted disciples with generous hearts. This was His aim; it was less about setting an amount to give, and more about creating a giving heart within each disciple.

According to these Scriptures, these men gave 50% of all they had!

The Lord did not put a standard on tithing because every believer is on a different plane financially. Some believers can’t give 10% although some can afford to give 60%.

Jesus cared more about building a character of giving than in setting a number for all to follow. For some who give, 500$ that would be a sacrifice, while for others, that would not be.

Your giving is not a donation but a step in your discipleship. As you follow Jesus, you must allow Him to build a disciple out of you in your finances; He must build you into someone willing to give as He directs.

Discipleship will promote generosity within you, naturally. We must not withhold our finances from God because our goal should not be to build wealth, riches, and to follow trends. Our goal is to follow Christ and grow to be more like Him.

Generosity is not about the amount we give but the willingness to allow God’s voice to lead us to be generous givers.

Sacrificial giving that is not law-driven but love-driven, is what builds the character of a disciple of Christ.

4. Tithing focuses on percentage more than the Presence.

Under the Old Covenant, the Israelites were not filled by the Holy Spirit, so they didn’t know what it was like to feel an internal prompting motivating them to tithe, which is one of the implied reasons why God placed the external pressure of the Law.

However, Jesus did not leave His disciples with the Law, He left them with the Holy Spirit. After Jesus’ ascension, He left His Spirit here on earth so that new believers would not be swayed by false doctrines but would be able to hear and be led by the Spirit of God in the same manner that His disciples followed Jesus while He was on earth. The Holy Spirit taught them everything including grace.

Be led by the Holy Spirit in giving.

Sometimes, God may lead you as He led Zacchaeus.

Then Zacchaeus stood and said to the Lord, “Look, Lord, I give half of my goods to the poor; and if I have taken anything from anyone by false accusation, I restore fourfold.”

And other times He might lead you as He led a widow who gave all she had left.

So He called His disciples to Himself and said to them, “Assuredly, I say to you that this poor widow has put in more than all those who have given to the treasury; for they all put in out of their abundance, but she out of her poverty put in all that she had, her whole livelihood.”

However the Spirit leads, be open to Him.

Tithing for a Christian is not based on a formula. Just as Joshua conquered the promised land with no map and no manual, in the same way, give to the Lord not based on a principle but by the leading of His presence.

Just because the New Testament does not mention giving a tithe of 10%, we should never allow that to mask stinginess.

Generosity promotes your growth as a disciple of Christ

As you grow in your discipleship, allow Christ to form a giving heart within you not confined to a percentage or even to finances.