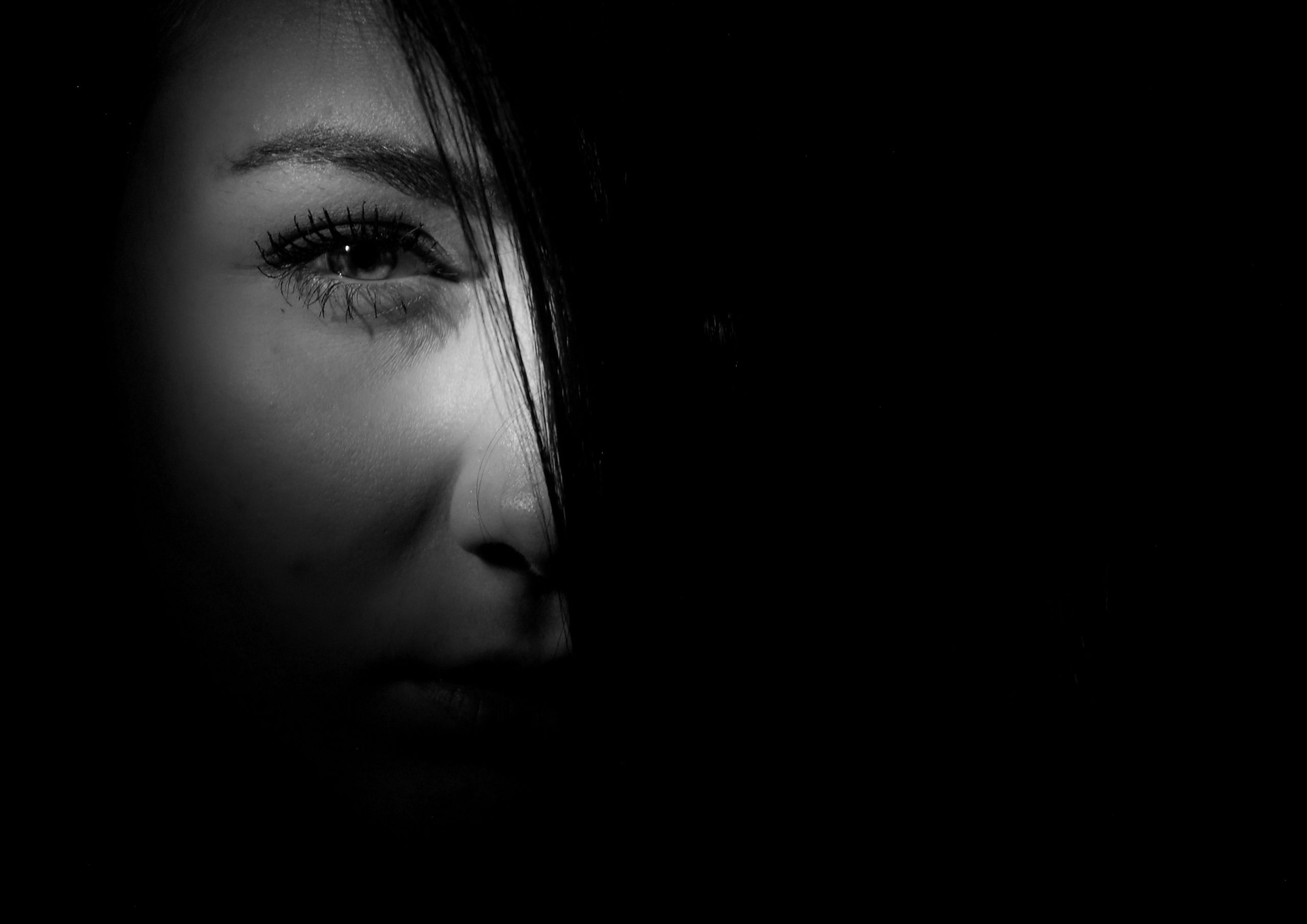 The Spirit of Jezebel – 8 Signs

Jezebel is mentioned in the Bible over 22 times, mostly in 1 Kings 18, but also again in Revelation 2. In other portions of Scripture, fear and heaviness are called spirits, but the Bible does not directly call Jezebel a spirit.

For God has not given us a spirit of fear, but of power and of love and of a sound mind.

To console those who mourn in Zion, to give them beauty for ashes, The oil of joy for mourning, The garment of praise for the spirit of heaviness; That they may be called trees of righteousness, The planting of the Lord, that He may be glorified.”

So why do Christians call Jezebel a spirit?

It is because of her reappearance in the book of Revelation that the idea of a spirit was derived.

Nevertheless, I have a few things against you, because you allow that woman Jezebel, who calls herself a prophetess, to teach and seduce My servants to commit sexual immorality and eat things sacrificed to idols.

Due to this verse, we can assume that Jezebel is a demonic spirit that inhabits a person and causes them to be control-driven, a promoter of false teaching, and heavily driven by sexual appetite.

The best way to define this spirit is by looking at the example Jezebel herself lived (1 Kings 18). She lived a life of immorality, idolatry, false teachings, and unrepented sins. She was not guided by principles or restrained by a fear of God or man. She was passionate in her pursuit and heavily attached to heathenistic worship.

Jezebel in The New Testament

And I gave her time to repent of her sexual immorality, and she did not repent. Indeed, I will cast her into a sickbed, and those who commit adultery with her into great tribulation, unless they repent of their deeds. I will kill her children with death, and all the churches shall know that I am He who searches the minds and hearts. And I will give to each one of you according to your works.

If you read the context of this chapter, you will notice that it was the church that had Jezebel operating in high levels of the church. As surprising as that may seem, it is not at all uncommon to see. So here are a few characteristics and truths to note and be aware of so you can steer clear of this spirit.

8 Characteristics of the Spirit of Jezebel

1. It Operates in Men and Women

I remember a time when I was doing deliverance on this man and the spirit of Jezebel manifested. It had been causing lust in his life and after the guy was delivered, he was free from pornography. It is a lie that this spirit only operates in women through the means of control.

2. It Causes Control, Manipulation, & Domination (A Form of Witchcraft)

Manipulation, intimidation, and the desire or impulse to control people is a characteristic of Jezebel.

The Bible says the fruit of the Holy Spirit is,

“But the fruit of the Spirit is love, joy, peace, forbearance, kindness, goodness, faithfulness, gentleness, and self-control…”

The fruit of Jezebel is people-control. It causes a desire to control the surroundings and even people, while never producing “self-control.”

3. It Causes Fear, Flight, and Discouragement

Jezebel is good at causing intimidation in people.

Scripture highlights that she didn’t kill Elijah, she simply sent a messenger to discourage him and make him run in fear of his life.

Elijah was afraid when he got her message, and he ran to the town of Beersheba in Judah. He left his servant there, then walked another whole day into the desert. Finally, he came to a large bush and sat down in its shade. He begged the Lord, “I’ve had enough. Just let me die! I’m no better off than my ancestors.”

Elijah was a powerful man of God. He brought fire down from heaven with his command; he seemed fearless! However, this threat was enough to instill fear and even depression in his life. This happened shortly after he had such a great victory on Mount Carmel (1 Kings 18).

A lot of times, after great victories, this spirit will try and bring deep despair to a person. They might even feel as though they don’t want to live, and it causes cycles of burnout.

If the enemy can’t attack you head-on, he will wear you out.

Learn to find comfort in the still, quiet voice of the Holy Spirit.

4. It Seduces and Provokes Sexual Immorality

…You allow Jezebel, who calls herself a prophetess, to teach and seduce My servants to commit sexual immorality…

When Jehu came to destroy Jezebel, she came out of the window and made sure to have makeup on. Her plan was to seduce Jehu.

Jezebel is after ministers of God. This is very common because of the authority in which they stand. When someone in authority falls, the news doesn’t just affect the immediate family, but they also affect those who believed in them and followed their ministry.

Take time to pray for your pastors, for the men and women God has placed in leadership roles around you. The higher that God takes a person, the more the enemy wants to attack them and so they will fall into sin, affecting the faith of many as a result.

When David committed sexual immorality with Bathsheba, the Lord said,

However, because by this deed you have given great occasion to the enemies of the LORD to blaspheme…”

His sin had given leeway for others to doubt and blaspheme the God that David served. The enemy will often use this tactic to cause ministers of God to fall into pornography, adultery, and other sexual sins.

In the Old Testament, Jezebel was in full control of religion. Not only was she a queen, but Scripture describes her as a religious leader in charge of many prophets who worked alongside her to control the religious climate of that time.

In Revelation, we see the same thing. She calls herself a prophetess, and we see that she is influential enough to persuade the culture of the church through her teachings.

Jezebel is someone who preaches other truths other than the Gospel. No matter how good a person’s outward appearance is, if the doctrine they are presenting goes contrary to that of Scripture, steer clear from them and their message.

Jezebel is not just seductive and controlling, it also has the characteristic of a teacher. Always be cautious that you don’t fall under the influence of Jezebel by teaching something that is not true according to the Scriptures.

Jezebel was not just a servant; she was a queen. In Revelation, we see that she was a prophetess. I am always cautious when I see young men or women who seem to love the spotlight. They can’t live without a microphone or a podium because it feeds a sense of worth and value.

It is dangerous to feed this insecurity through this means. By doing so, you can unknowingly allow this spirit to overtake you, and begin to influence the church and the kingdom of God through your desire for fame. Then, instead of being used by God, you will be a puppet for the enemy’s schemes.

7. Thrives Where Leadership is Weak

For every Jezebel, there is an Ahab.

Ahab has a very passive character and was unwilling to confront Jezebel. God had to send Jehu to take her out because Ahab couldn’t.

Jezebel thrives in areas where leadership is afraid of confrontation.

When leadership is passive and fears any conflict that may occur when confronting Jezebel, they are acting just as Ahab did­–enabling.

We don’t have to love confrontation, but part of the challenge of being in leadership in the church or being a pastor is spotting and confronting Jezebel. To do that you must have the spirit of Elijah, the characteristic that he displayed when he fought the evil brought about by her.

Before you run off and confront everyone that you don’t get along with within the church, deal with Jezebel within your own life. Certain habits, desire for control, discouragements, sexual sins, desires for fame– deal with these areas first before you deal with them in others. Afterward, don’t be afraid of men, but confront those behaviors.

Jezebel is usually not repentant. We see in 1 King that she never repented, she had to be punished. And in the book of Revelation, God gives her a chance to repent, but she was unwilling.

I have given her time to repent of her immorality, but she is unwilling.

There are consequences to allowing this wicked spirit to operate in your life. If you notice your behavior being influenced by this spirit, or others around you, repent and confront that witch head-on.

Don’t give a place to Jezebel in your life.

You can overcome Jezebel by the blood of Jesus, repentance of sin, and seeking to bear the fruit of the Holy Spirit.