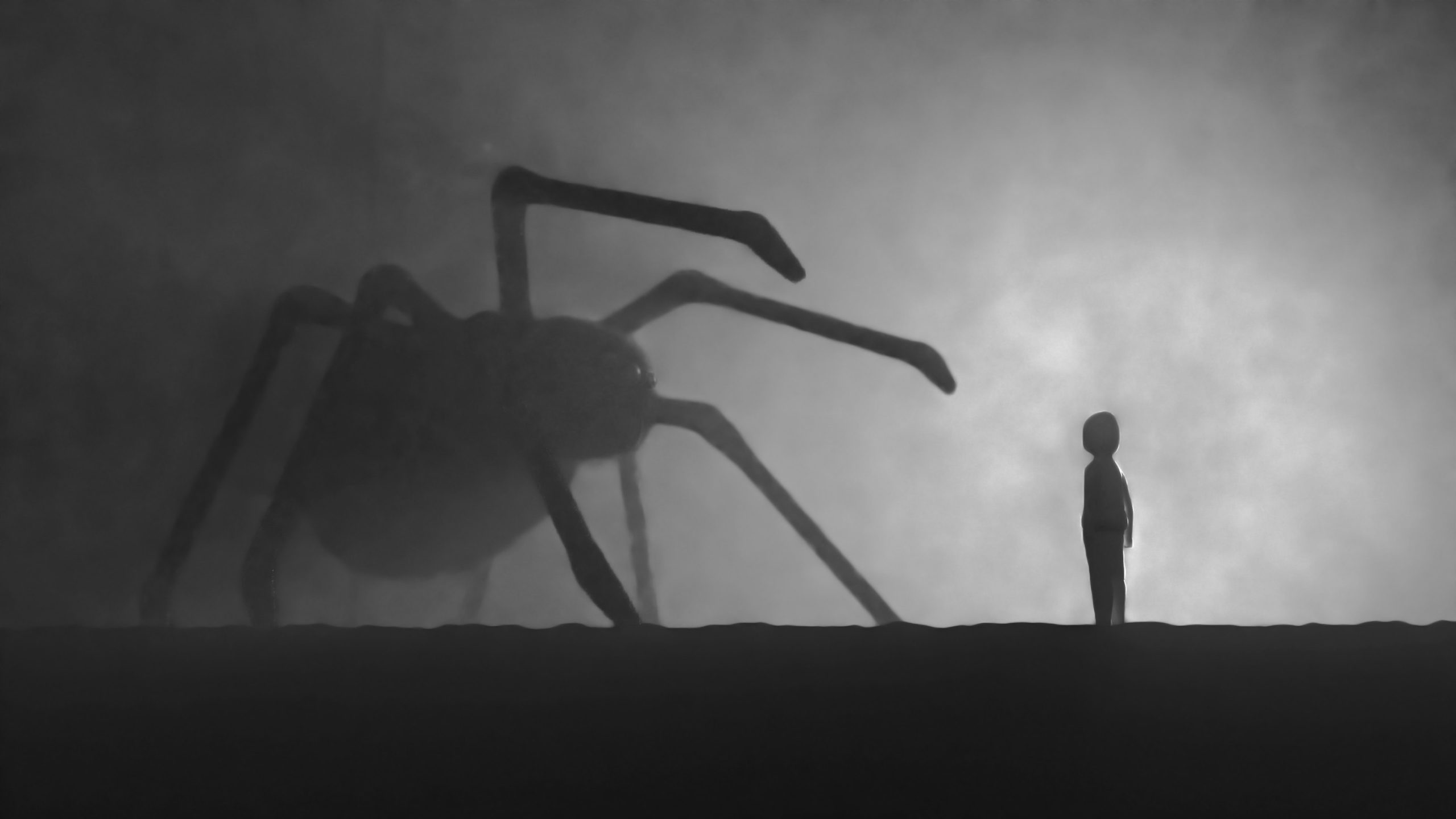 10 Signs You Have A Demon

When people that struggle with addictions, cycles of the same sickness in the family, or deep unshakeable heaviness, come across our ministry, they often ask the question:

“How do I know when the root of the issue I am dealing with is demonic?”

There are many ways that a person can learn to differentiate between normal emotions and circumstances, and when something has a demonic root. Although there are many categories, here are the ones that I have mostly seen.

10 Signs That You Are Dealing With A Demon

1. Involved in the Occult/ False Religions

…We were met by a female slave who had a spirit by which she predicted the future. She earned a great deal of money for her owners by fortune-telling.

When a person gets involved in fortune-telling, idol worship, Ouija boards, horoscopes, talking to the dead, tarot card reading and anything having to do with the occult, they have a demon–even if they claim to be a Christian!

Partaking in this is a clear open door to the demonic and when you open that door willingly, the demons will enter.

2. Extreme Restlessness in a Spiritual Environment

From time to time we all experience fatigue and tiredness during prayer, church services, or even worship. When this happens occasionally, there is nothing wrong with that. We see examples of this in the Bible. The disciples fell asleep while Jesus prayed.

Then He returned to His disciples and found them sleeping. “Couldn’t you men keep watch with me for one hour?” He asked Peter.

We also see that a man fell from the third floor because he slept during Paul’s preaching.

Seated in a window was a young man named Eutychus, who was sinking into a deep sleep as Paul talked on and on. When he was sound asleep, he fell to the ground from the third story and was picked up dead.

However, when there is a constant extreme restlessness in any spiritual environment, then that can be an indicator that it is most likely not your flesh. It is “something” that does not want you to be there.

We know that demons cause people torment, but when that same person decides to pray, read the Word, and go to church, demons get tormented and begin to cause fatigue, tiredness, yawning, and lack of focus. Another quick way of knowing if the root is spiritual is by switching activities. Sometimes people stop praying because they’re falling asleep and decide to get on their phone, at which point they realized they are wide awake and can scroll for hours without feeling tired. This can also indicate that it is not simply the flesh causing unusual tiredness, but a demon.

Just then a man in their synagogue who was possessed by an impure spirit cried out, “What do you want with us, Jesus of Nazareth? Have you come to destroy us? I know who you are—the Holy One of God!

Have you noticed that the demon remained undetected within the man as long as there was no deliverance ministry in the Synagogue? It’s possible that the man had other issues, perhaps with focus or restlessness, but we do not see that he was hostile or even manifesting, until after Jesus is present in the Synagogue. Jesus was anointed by the Holy Spirit to set the captives free and those who were oppressed by the devil.

The Spirit of the Lord is on me because he has anointed me to proclaim good news to the poor. He has sent me to proclaim freedom for the prisoners and recovery of sight for the blind, to set the oppressed free…

It was after Jesus’ teaching that day, that this man’s attitude began to change, and he began to hate Jesus and manifest. Demons experience torment and opposition when confronted with the anointing of God.

Demons experience torment and opposition when confronted with the anointing of God.

A demon can be present in someone’s life when they, much like this man in the Bible, begin to experience hostility towards deliverance ministers out of nowhere.

I see this often in our deliverances. People scream out, “I hate you,” and after the deliverance, I will talk to the person, and they express their love and appreciation for the ministry. This is a clear sign of a demon operating through a person.

The evening meal was in progress, and the devil had already prompted Judas, the son of Simon Iscariot, to betray Jesus.

Satan can plant thoughts into the hearts and minds of people. These can be compulsive, intrusive thoughts of self-harm, perversion, blasphemy, or even the sound of voices that will not stop. We see an example of this in the story of the man who lived in the tombs.

When they came to Jesus, they saw the man who had been possessed by the legion of demons, sitting there, dressed and in his right mind; and they were afraid.

After he was delivered, his mind was restored. The devil wants to hijack your mind and torment you with thoughts that then influence you, but Christ wants to set you free.

Take some time to notice your thoughts. See if there are constant, tormenting thoughts making you lose your peace. If so, this is a sign to seek deliverance.

5. Surges of Violence, Self-Harm, or Other Compulsive Behaviors

We see in the book of Samuel that when King Saul had an evil spirit from the Lord, he would throw fits of anger and would throw spears to people who were loyal to him.

And it happened on the next day that the distressing spirit from God came upon Saul, and he prophesied inside the house. So, David played music with his hand, as at other times; but there was a spear in Saul’s hand. And Saul cast the spear, for he said, “I will pin David to the wall!” But David escaped his presence twice.

Typically, we all have a self-preservation mode within us. As humans, no matter how much of a thrill-seeker we are, we all have a certain healthy limitation that keeps us aware of how far is too far. The moment a demon is hiding in someone’s life, a person loses this sense of awareness and loses control. It often results in them hurting themselves and others around them. At times this can also lead to uncontrolled outbursts of anger.

If someone says, “I don’t know what happened, I just felt like doing that,” or “I felt like I couldn’t control it,” this is usually a sign that the person was being influenced by a demon.

If you experience constant nightmares, repeated sexual dreams, visions of spiders, of you eating, of being killed, chased, or even of others who have died, this could be a sign that you have a demon.

If you see Incubus or Succubus, demons who take on the form of a man or woman and have sex with you in a dream, you need to seek deliverance. People who experience these attacks in the night often have trouble at work or throughout the day; they also have trouble in their marriage due to their lack of peaceful rest during the night.

For God has not given us a spirit of fear, but of power and of love and of a sound mind.

Fear is not just an emotion. There is a natural fear that helps to keep us protected, there is a fear of God, and then there is a spirit of fear.

This verse makes it clear that it can be a spirit. The way to differentiate between a natural fear and a spirit is when it feels as though something takes over and paralyzes you from you being able to function. This can be at random times, or even because of certain thoughts. This is due to a spirit of fear.

We also see in Isaiah that there can also be a spirit of heaviness.

…The garment of praise for the spirit of heaviness…

If this is constant and feels crippling, like something sits on you and you can’t remove it, it could be a sign that a demon is behind it.

An intense, uncontrolled craving for ungodly and undefiled things can be a sign of a demon. This is especially true when a person struggles to break addictions to pornography, drugs, or alcohol.

When it comes to this area, understanding the difference between what can be caused by weakness of the flesh, and the influence of a demon is vital.

The flesh we must crucify, a demon we must cast out.

The flesh doesn’t speak, demons do.

Another quick way to tell if it’s a demon is by removing the trigger point. If you identify and remove the trigger point and still manage to fall into that sin/cycle, then it’s an indicator that it is no longer the flesh, but a spirit.

Understand that these urges are not yours. They are foreign and do not belong to you. They’re the desires of another entity that wants to use you to get satiated.

Demons feed off defiled things. They need this food, and they use your body to get it. Therefore, seeking deliverance from this is very important.

And behold, there was a woman who had a spirit of infirmity eighteen years, and was bent over and could in no way raise herself up.

We see in this verse that it was not just a sickness but a spirit of infirmity. We see in other occasions Jesus rebuking a deaf and dumb spirit.

He rebuked the unclean spirit, saying to it, “Deaf and dumb spirit, I command you, come out of him and enter him no more!”

In the story of Peter’s mother-in-law, Jesus not only healed her but rebuked the sickness. That tells us that some sicknesses can have demons behind them.

So, He stood over her and rebuked the fever, and it left her. And immediately she arose and served them.

Lastly, in the book of Acts, it makes it clear that Jesus went out healing those oppressed by the devil.

…How God anointed Jesus of Nazareth with the Holy Spirit and with power, who went about doing good and healing all who were oppressed by the devil, for God was with Him.

A lot of times, chronic sicknesses can have a demon behind them. This is especially true if it’s something that can’t be detected by the doctors, or if other members of your family constantly battle with the same issue.

We see an example of this in Mark.

…because he had often been bound with shackles and chains. And the chains had been pulled apart by him, and the shackles broken in pieces; neither could anyone tame him. And always, night and day, he was in the mountains and in the tombs, crying out and cutting himself with stones.

This man exhibited unusual, supernatural strength. He was able to break shackles into pieces, he lived among the tombs, cried out at night, and harmed himself. These are clearly unusual behaviors.

If you experience paranormal activities like the following, seek deliverance:

These are all strong indicators of demonic activity.

Jesus Christ is the Great Deliverer.

“For with God, nothing will be impossible.”

I encourage you to continue to read other content I have made on the subject, as well as watch the video I have linked below called “How to spot a demon.” In that video, I help lead you through some prayers for deliverance.

Also, go to a local church. Connect yourselves with believers who practice deliverance, and if you can’t seem to find one around you, look for a deliverance minister who can help lead you in finding the freedom that Christ offers you.

Watch: How to Spot a Demon