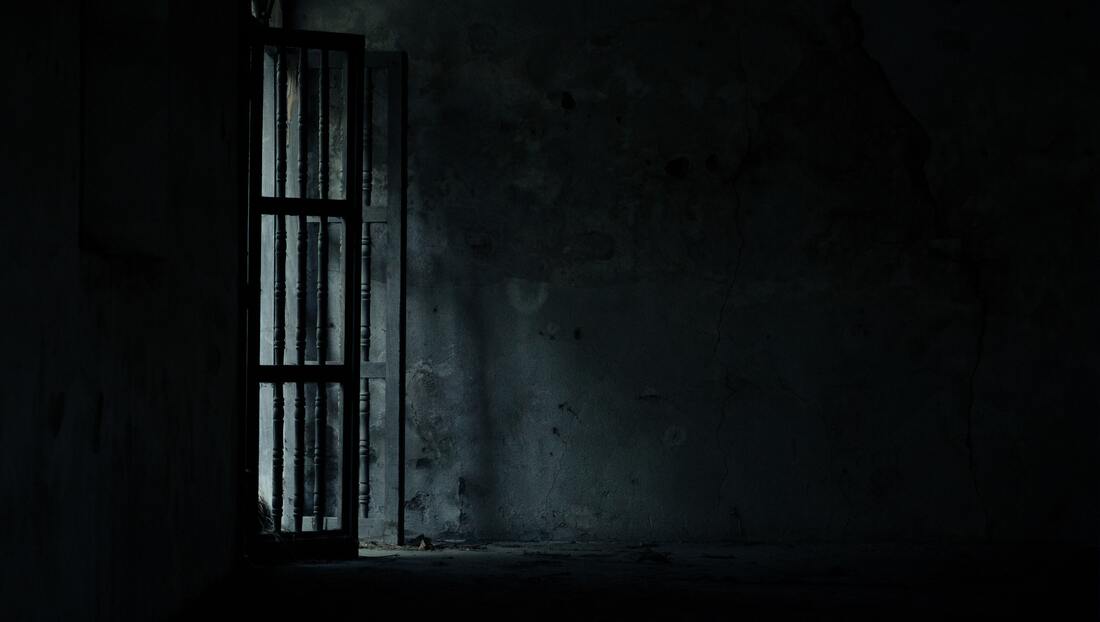 Overcoming Fear of the Dark

For as long as I can remember, I was always afraid of the dark. Since I was the oldest in my family, I was the first child to have my own bedroom. But I was afraid when the lights were turned off. Even when I was a youth pastor, having to lock up the church late at night, I would run from the door to my car with my heart beating wildly. I would check the back seat just to make sure that Jack the Ripper wasn’t sitting there waiting to kill me.

After I got married, my wife and I moved into an apartment. Like any normal apartment, there was no ceiling light in the living room. One Saturday night as we were having dinner in the kitchen, I started to feel something was not right in the living room. In fact, I thought I saw a spirit-being quickly flashing in the dark, and it made the hair on the back of my neck stand up. As I turned away from looking into the living room to look at my wife, I squeezed her hand really tightly. Lana noticed something was not right. She asked me if everything was okay. Of course, I wasn’t about to admit that I just got scared of the dark.

When dinner was over, she turned off the kitchen light, and we went to the office where she would paint and I would finish the final touches on my sermon. Guess what my sermon was about? Victory over the devil! I was preparing a sermon on victory, and yet I was scared of the dark. This fear of the dark had been in my life for as long as I could remember. I even asked God to remove it, but it always seemed like God wanted me to resist it.

Suddenly out of nowhere, my wife asked me if I would go and bring her some water from the kitchen. Now keep in mind this meant that I would have to go down the hallway, through the living room, and then into the kitchen with all the lights off. This may sound funny to some, but I was scared to death. I felt that something creepy was in the living room, and it would kill me if I went in there. I tried to persuade my wife to get her own water, but she insisted that she couldn’t because she was painting. I should just go and bring her water.

I decided that, since there was no way I would tell Lana that I was afraid in my own apartment, I would go and get the water, even if I had to die in my living room. My plan was simple. I would run as fast as I could to reach the light switch in the kitchen, turn on the light, get the water, and then leave the lights on. She would later turn them off before we went to sleep. I was about to leave the room and race to the light switch when I heard the Holy Spirit say, “Do NOT turn on the light; you are the light.” I felt him speak loudly to my pounding heart, “I will not remove your fear of darkness because I have empowered YOU to resist it.”

God will not remove what He has empowered you to resist.

Yet in my mind, it was like, “that’s easy for you to say God, but here I am scared and I am going to die.” Well, I decided, enough is enough! My time had come. I had to face what I’ve been fleeing from all my life.

With my heart thumping like crazy and feeling every ounce of fear, I walked into the living room. Without turning on the light, I positioned myself in the middle of the living room and this is what came out of my mouth: “Darkness or whatever you are, you have no place in this house anymore. I pay the bills here so get out now!” Faith was released in my spirit. Immediately, fear left and whatever demon was masquerading behind that endless fear was gone – forever. I have never had that kind of fear again. My fear of the dark has become a thing of the past.

This is an excerpt from my book Fight Back