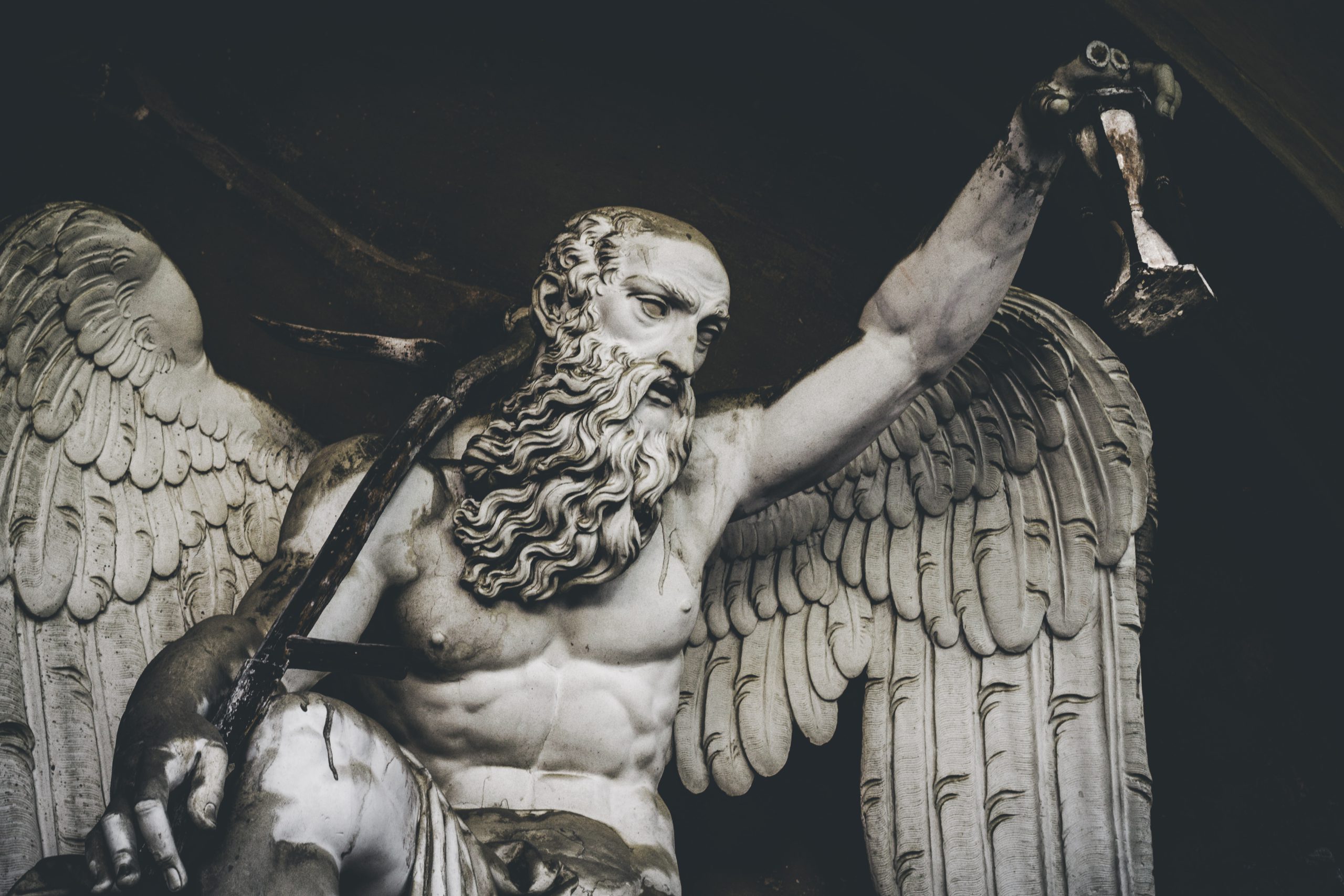 Where Do Demons Come From?

Whether you believe in demons or not, the Bible is clear about their existence. In the Gospels, we see Jesus casting out demons and healing people from sicknesses caused by demons (Luke 13:16). Although we don’t know the specifics of their arrival, Matthew 25:41 makes it clear to us where their final destination is.

As Christians, we are commissioned, empowered, and anointed by the Holy Spirit to cast out demons and bring deliverance to souls in bondage.

Here are the four most common views explaining where demons might have come from.

The Origin of Demons – 4 Views

1. Demons are the spirits of deceased evil men and women.

The Bible makes it clear that each person is destined to judgment after death.

“And as it is appointed unto men once to die, but after this the judgment.” Hebrews 9:27

No spirit of a man or a woman can roam here and there on earth after their death. This thought is more of a pagan belief and doesn’t hold true in the light of Scripture.

No spirit of a man or a woman can roam here and there on earth after their death. This thought is more of a pagan belief and doesn’t hold true in the light of Scripture. #WhereDoDemonsComeFrom?

2. Demons are disembodied spirits of the pre-Adamic race.

The Bible gives no account of the existence of any race or life before Adam. Genesis 2:4 justifies it by stating the following:

“These are the generations of the heavens and of the earth when they were created, in the day that the Lord God made the earth and the heavens…”

This view claims that the dead spirits in the pre-existing world, before Adam, were demons and hence try to crave the form of a human body. However, the Bible tells us in Genesis 1 and 2 about the creation of the earth, the heavens, and the beginning.

3. Demons are fallen angels from heaven, along with Satan

This view holds Revelation 12:4-6 as its basis by stating, “And his tail drew the third part of the stars of heaven, and did cast them to the earth: and the dragon stood before the woman which was ready to be delivered, for to devour her child as soon as it was born.

And she brought forth a man child, who was to rule all nations with a rod of iron: and her child was caught up unto God, and to his throne. And the woman fled into the wilderness, where she hath a place prepared of God, that they should feed her there a thousand two hundred and threescore days.”

Most Christians believe that one-third of the stars and the dragon in Revelation 22, actually is used to symbolize the one-third of angels and Satan.

This view claims the fall of Satan with the angels who followed him was before the temptation of Adam and Eve and preceded the birth of Jesus. However, it is not clear. And in fact, this is the only verse in the Bible that talks about one-third of angels. Furthermore, this tradition comes from an English poet “John Milton,” in his epic writing – Paradise Lost.

There are a lot of inconsistencies with this view.

4. Demons are disembodied spirits of the Nephilim giants who perished at the time of the great flood.

This view is supported by the Book of Enoch which was found in the Dead Sea scrolls. It is not included in the Bible, yet two New Testament authors, Peter and Jude, referred to it in their writings.

The Book of Enoch tells us in 15:8-12, “And now, the giants, who were produced from the spirits (angels) and flesh, shall be called evil spirits upon the earth, and on earth shall be their dwelling.

And the spirits of the giants afflict, destroy, oppress, attack, do battle, and work destruction on earth, and cause trouble; they take no food but nevertheless hunger and thirst, and cause offenses. And these spirits shall rise up against the children of men and against the women because they have proceeded from them.”

I personally lean towards the last view.

In Daniel 9:22, we see angles depicted with wings, whereas in Matthew 12:43, we see demons walking. The angels of God already have a body and they can appear in any form they desire, unlike demons who crave a human body. This may be because they proceeded from a physical body.

Genesis 6 talks about the Nephilim giants. God wanted to destroy the earth because of the great wickedness at that time. Perhaps that sinful nature was mainly because the giants were giving men unlawful knowledge like celestial secrets, occult practices, and sorcery.

This again is just my opinion.

Those are four dominant views about the origin of demons.

None of these views are completely accurate since Jesus did not make it clear to us. This topic is also not a matter of salvation.

It doesn’t matter if we know where these demons come from, as long as we are certain of their final destination – the lake of fire. All we know is that these demons are evil and they do not belong to the light; neither are they redeemed or saved.

Be encouraged to know that God has called us to cast these demons out by the power of His Spirit. There is a great need for deliverance since demons can put intense cravings into people. They are powerful enough to drive people to be mentally ill and lead them into ungodly, profane, and detestable things.

Do not give them any place as Scripture tells us in Ephesians 4:27.

Do not be overwhelmed by demons, instead look at the delivering and saving power of Jesus, and rest assured in His peace. #WhereDoDemonsComeFrom?

Do not be overwhelmed by them instead look at the delivering and saving power of Jesus, and rest assured in His peace.