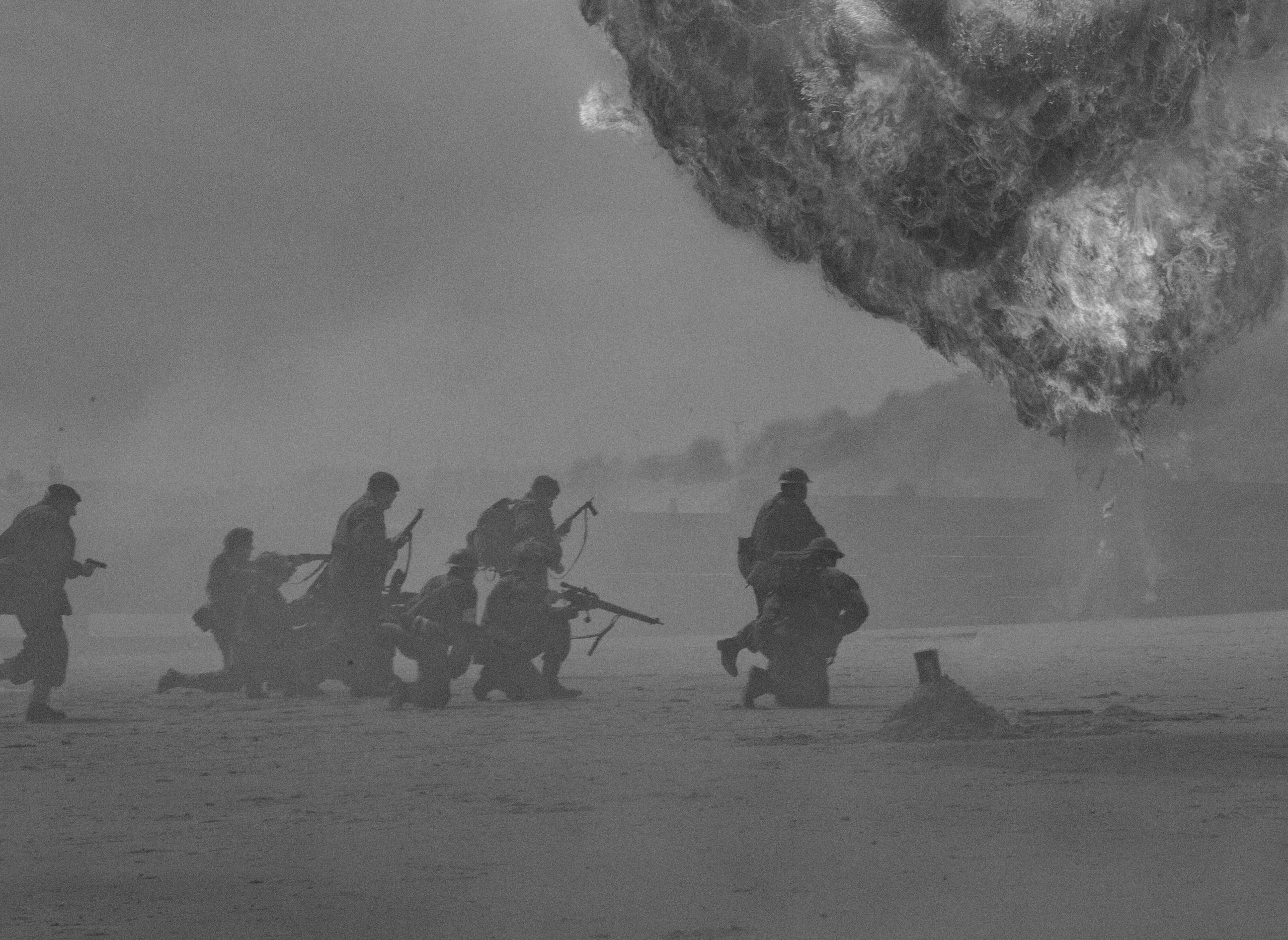 How To Prepare For The End Of The World

Nobody knows when Jesus will return, but we know with certainty that He will. Therefore, as we live in these last days, we must be prepared for the end of the world and continue doing business for Christ until He comes.

“So he called ten of his servants, delivered to them ten minas, and said to them, ‘Do business till I come.’”

Essential Truth’s to Live By As Christians

1. The world is going to end

“But the day of the Lord will come as a thief in the night, in which the heavens will pass away with a great noise, and the elements will melt with fervent heat; both the earth and the works that are in it will be burned up. Therefore, since all these things will be dissolved, what manner of persons ought you to be in holy conduct and godliness, looking for and hastening the coming of the day of God, because of which the heavens will be dissolved, being on fire, and the elements will melt with fervent heat? Nevertheless we, according to His promise, look for new heavens and a new earth in which righteousness dwells.”

Seeing it is a righteous thing with God to recompense tribulation to them that trouble you;And to you who are troubled rest with us, when the Lord Jesus shall be revealed from heaven with his mighty angels.

This day will therefore be called the day of judgment and the righteous will receive their reward. This will be our payday for all the good things we have done for the Lord.

For we must all appear before the judgment seat of Christ; that every one may receive the things done in his body, according to that he hath done, whether it be good or bad.

We also know that this day will come as a “thief in the night,” meaning that we don’t know exactly when this day will be (see Matthew 24:36,44 and 1 Thess 5:2-4). But when it does come, it will not only affect the earth but will also affect the heavens and the solar system. The heavens will melt away and our entire galaxy will also be affected by the Lord’s return. It will be a very noisy event as the heavens pass away and the earth will be consumed with great heat. It is often speculated that this could be an all-out nuclear war.  We don’t know when nor how these events will happen, but we do know that God will control the day and the events that take place. The earth and the heavens will burn up completely.

Therefore, do not put all your efforts into building up stuff for yourself on this earth, which will be burned up; instead, store things into your eternal accounts.

But lay up for yourselves treasures in heaven, where neither moth nor rust doth corrupt, and where thieves do not break through nor steal.

This should not discourage you from getting married or building your life, career, or family on earth in these last days. Jesus clearly tells us to do business till He comes. This is not an excuse to be lazy on earth and sit around all day without a job, or as an excuse to not establish a life for yourself.

2. Signs of Jesus’ second coming versus signs of the age

There are many signs of the end of ages, but only one sign concerning Jesus’ second coming.

For we must all appear before the judgment seat of Christ; that every one may receive the things done in his body, according to that he hath done, whether it be good or bad.

In this verse we see the disciples asked Jesus about these things:

It is known that Jerusalem was already destroyed in 70 A.D.

Secondly, the sign is Jesus Himself making a visible, physical, and glorious appearance in heaven (Matthew 24:29-30). This will be apparent and very public for everyone to see it. He will be on the clouds and there will be a shout of an archangel and the sound of trumpets. He is coming back with glory and power—as a mighty Lion on a white horse to rule and reign. Those who persecuted Him will mourn because they will realize they had made a mistake. There are many Biblical prophecies and interpretations about this day.

And lastly, the following are signs of the end of the age as depicted in Matthew 24: 4-13:

These signs are all currently taking place because the end of the age started 6000+ years ago, with Adam and Eve. Evil has been in the heart of man ever since then. We can only remove evil by personal, corporate, and national repentance and conversion to Jesus Christ through the work of the Holy Spirit. Today, we are closer than ever to the day of the Lord and to the end of the age.

What should we do, knowing that the end is coming?  The apostle Paul urges us to live holy lives now that the end is fast approaching. Don’t get caught up and consumed with political conspiracy theories. We can argue about who the antichrist is or whether or not believers will go through the tribulation, but the Bible tells us that instead of fighting among ourselves, we need to live in holiness and brotherly love.

Follow peace with all men, and holiness, without which no man shall see the Lord:

Nobody knows when Jesus is actually coming, so it is important to actively store up more treasures in eternity than here on earth. Again, this does not mean to live a lazy life while waiting but do not neglect eternal things related to the kingdom of God.

Jesus tells us to do business until He comes. In other words, do things that glorify God and promote His Kingdom—save souls, bring sinners to repentance, build churches, hold conferences, help the poor, cast out demons, pay down debt, lose weight, get married, have children, be nice to your spouse and kids, fast, participate in church, establish His kingdom, and live for God!

Therefore, when they had come together, they asked Him, saying, “Lord, will You at this time restore the kingdom to Israel?” And He said to them, “It is not for you to know times or seasons which the Father has put in His own authority. But you shall receive power when the Holy Spirit has come upon you; and you shall be witnesses to Me in Jerusalem, and in all Judea and Samaria, and to the end of the earth.”

It doesn’t really matter what happens in the end times to the kingdoms of this world because we are citizens of God’s heavenly kingdom. In the end, God will use all of the current and future chaos, which is too complicated for us to fathom, for His purpose, honor, and glory. God is giving His people power by the Holy Spirit for the sake of saving souls. This power is not to be wasted on waiting around for the antichrist to come, but for the church to bring multitudes of souls into His Kingdom. We are more than conquerors! We need to stay busy doing God’s business. We should not be waiting for the devil to make his next move; we should be making moves to advance God’s Kingdom. That is the business that He has called us to do. As we proceed through the last days, keep your conduct holy and your eternal investments growing. Do not stop. Live your life fully and without fear because we know that Jesus is coming. Keep your focus on Him.

Keep your conduct holy and your eternal investments growing.

4. We must be prepared for the tribulation

Currently, Christians all over the world are undergoing tribulation for Christ, being persecuted and martyred for their faith. Nowhere in the Bible are we promised an easy life, but we are promised persecution and tribulation in this life.

“In the world, you will have tribulation; but, be of good cheer, I have overcome the world.”

We should not be afraid of the end-time difficulties because we are soldiers in God’s army, called to endure suffering for Christ. To become strong in the Lord we need to exercise our spiritual muscles and the way that happens is when we are faced with trials and tribulations. We need to be dead to sin and self, but alive for Christ. We need to grow and look for the glory of God in the midst of darkness, tribulation, sickness, trials. Because Jesus has overcome the world, we too shall also overcome tribulations.

These things I have spoken unto you, that in me ye might have peace. In the world ye shall have tribulation: but be of good cheer; I have overcome the world

Keep your eyes focused on Jesus and not on the antichrist to come, whom Jesus will eliminate at His coming. Jesus willingly died for all of humanity so that their crime against God will not separate them from Him.

Jesus has given us the gift of free choice, which He honors, and will not force Himself upon us if we reject Him. He longs for you to be included in His family; He died for you to be a part of His family. However, God honors people’s choice not to be with Him!

But be aware of the fact that outside of the realm of light where God is, there only exists total darkness, torment, and eternal damnation.

“Choose for yourselves this day whom you will serve…but as for me and my house, we will serve the Lord.”