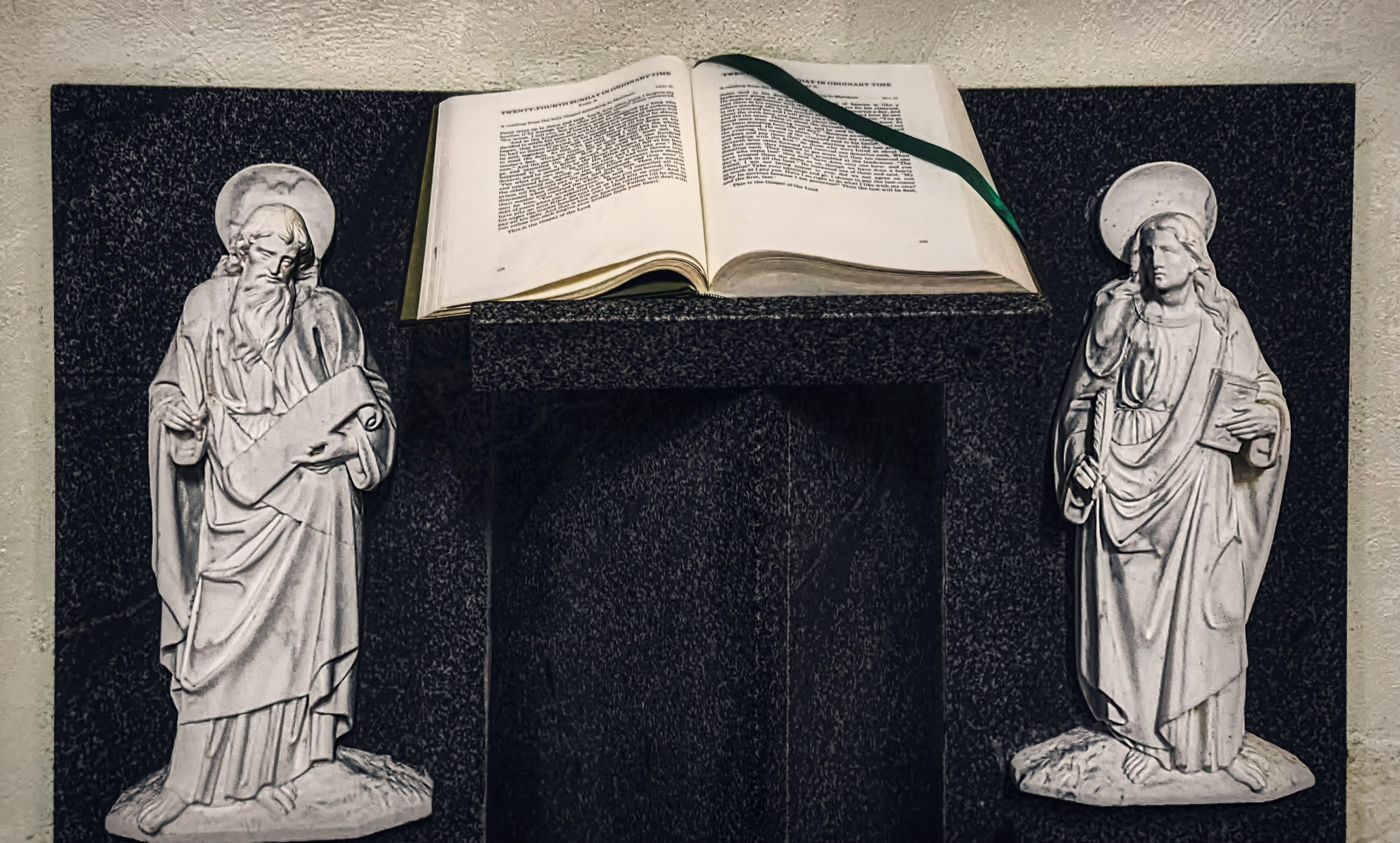 Why Does the Catholic Bible Have Extra Books?

The Apocrypha is the name for a collection of documents that are outside of the accepted canon of Scripture. It includes histories, short stories, wisdom literature, and additions to canonical books. In the Catholic Bible, these apocryphal books are included: 1 and 2 Maccabees and 1 and 2 Esdra, Ecclesiasticus, Tobit and Judith, as well as several additions to the book of Daniel.

These texts are not included in the Protestant Bible.

So why do Catholics believe that the Apocrypha should be included with the canonical books, and Protestants don’t?

Canonization refers to the process by which the books of the Bible were discovered as authoritative. In 1545-1563, the Catholic Council of Trent joined together to canonize the Apocrypha. This largely took place as a result of the Protestant Reformation.

Catholics argued that the Greek Old Testament, or Septuagint, actually contained the Apocrypha, and that the early church fathers used Apocryphal books in public worship and accepted them as Scripture.

However, when you study more in depth, you will notice that many of them actually rejected these books as an addition to the canon. In fact, St. Augustine, who at one point viewed these additional books as inspired, later states that he did not consider those books of equal authority with the rest.

One of the biggest arguments that Protestants hold in regards to the exclusion of the Apocrypha books is that no New Testament author ever quoted from the Catholic Apocrypha. Neither is there any indication that these books were considered “inspired from God” like the other canonical books.

Throughout the New Testament, we see 263-295 quotes were made referencing the Old Testament, however, none of them included these Catholic Apocryphal books. In fact, when the The Jewish Council of Jamnia met in A.D 90, they rejected the Apocrypha as Scripture. The nation of Israel treated these books with respect, but they never accepted them as true books of the inspired Jewish Scripture.

Another point is that these books were found to have doctrinal errors. For example, we see it advocating magic where the smoke of a fish heart on a fire drives away devils (Tobit 6:5-7). Another portion says, “For alms deliver from all sin, and from death, and will not suffer the soul to go into darkness” (Tobit 4:11).1 We know from Scripture that alms (money or food given to the poor or needy as charity) does not purge our sins. It is only the blood of Christ that cleanses us.

But if we walk in the light as He Himself is in the light, we have fellowship with one another, and the blood of Jesus His Son cleanses us from all sin.

Other Apocryphal doctrine also supports praying and offering sacrifices for the dead (2 Maccabees 12:38-46).

Not only are there serious contradictions in the Catholic Apocrypha in regards to doctrine, but there are also historical errors that are found.

These books contradict the whole counsel of God and therefore are seen by Protestants as unfit additions to the canon.

In these books you will not find, phrases like, “thus says the Lord” or even spiritual gifts in action like prophetic words.

The Apocryphal books are good to read if you are just curious to see what lay in them, but it’s important to stand on the grounds that they are not God-breathed or divinely inspired.