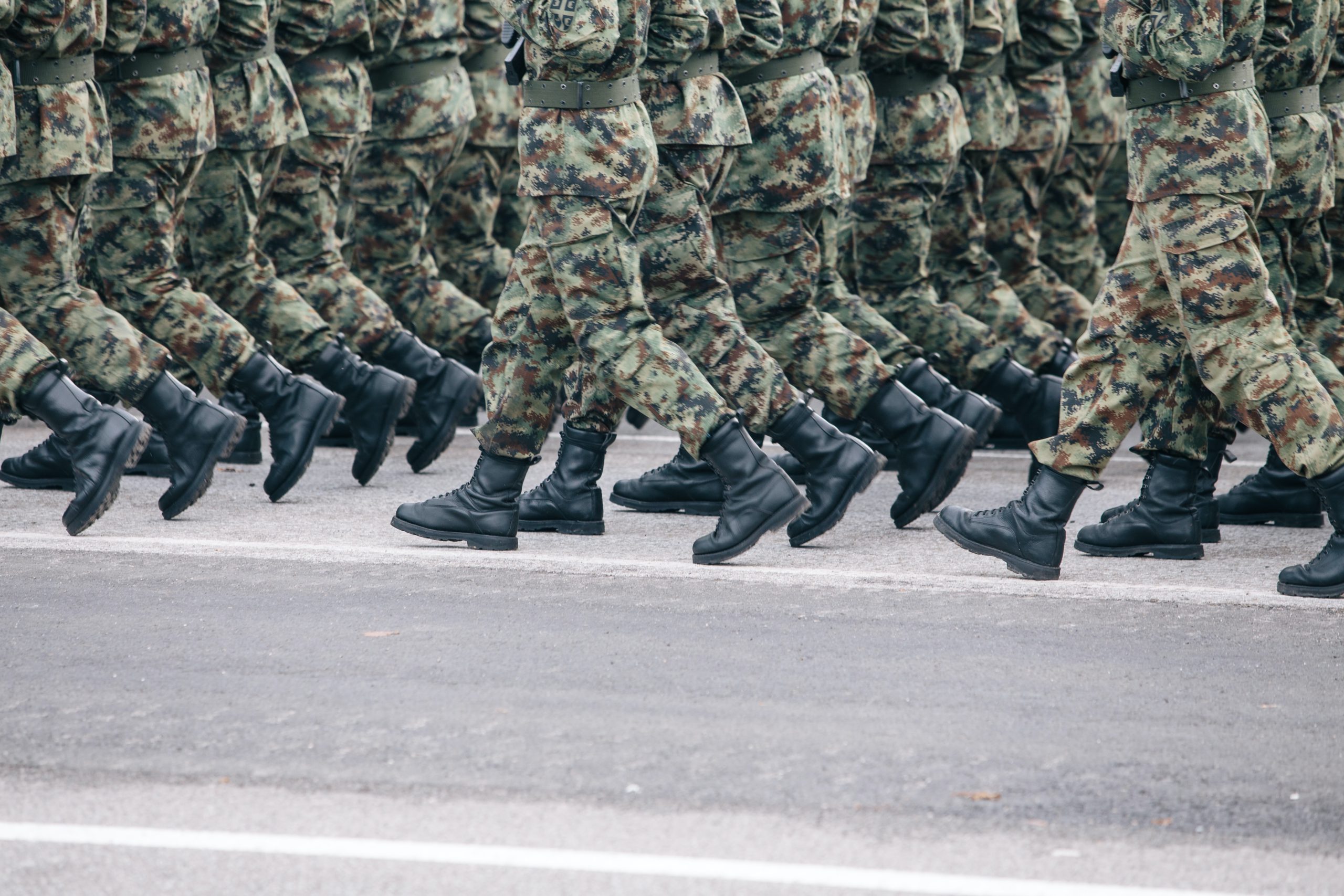 According to Pastor Greg Boyd, in his book “God at War,” there are two worldviews a Christian can hold––blueprint and warfare.

The Blueprint worldview is a belief in the Calvinistic sovereignty of God. This view believes that everything happening right now is the result of God’s divine decree. It also holds the idea that if the devil is involved in anything, it is because God has ordained him to.

There are even Scriptures that could signify this to be true.

The dichotomy of that view is the warfare worldview, which in essence claims that while God does indeed exercise authority over the world, He has given us the freedom to accept or reject His will. We can decide to serve God or satan.

This view believes we are in a cosmic conflict between good and evil, satan’s will and God’s will. It no longer considers sickness, poverty, and tragedy as something that came about as a divine purpose, but rather, as something that Satan attempts to use in his warfare against God and against us.

When we’re looking at the world, it’s important that we look at it through the lens of Jesus and His character.

Jesus didn’t promote starvation; He fed the multitudes. He didn’t allow the storm to kill people; He stopped the storm.

God is revealed in Jesus.

God does not will evil; He is not evil; in fact, He is at war with evil.

The view of early fathers for the first four centuries was very simple: all sickness is demonic and all-natural disasters are called by the devil.

At this, they simply waged war.

And one thing we must remember is that life is a war.

Life Is More Like A Normandy Beach Than A Disney Vacation

It would be immoral to act like you were on vacation if, in fact, you are at war.

When you are in vacation mode, life is taken more leisurely and a sort of easiness comes upon us. Almost as if we didn’t have a care in the world. It’s on our vacations that we never expect anything bad to happen; we somehow think that vacation means that only good things are meant to happen to us, and anything contrary to that is almost offensive.

With this mindset, it’s easy to ask why bad things happen to good people. We expect good to happen to us. But notice how a mindset shift can cause a shift in our beliefs and attitudes.

War changes people. It changes their mentality and their outlook on life. When you are at war, you’re not surprised that bad things happen, as a matter of fact, you’re surprised if good things happen. War causes you to be grateful for the smallest good that you see there, because in war bad is normal, and good is not.

As Christians, we have to embrace a warfare mentality because it is the only view that will make sense of the suffering, trouble, and evil we see in this world.

I believe it is the only worldview that will give us the tools to respond to the injustice we see in this world, instead of blaming God or blaming ourselves.

And from the days of John the Baptist until now the Kingdom of Heaven suffers violence, and the violent take it by force.

In this verse, Jesus is not talking about taking up arms and being violent. He’s saying that in the spiritual realm, there is a war and we need to wake up; it’s time to update our software because we are not on vacation; we are still at war.

Right now, in the spiritual realm, there are missiles being directed at people causing them to take their lives, try drugs, have cancer, sickness, disease, and other pestilences.

We are in a war, but with Christ, we’re on the winning side.

The Church Is A Warship Not A Cruise Ship.

The only reference Jesus makes about the church is actually in reference to war.

I will build My Church and the gates of Hades shall not prevail against it.

He’s not talking about social work, building hospitals, or helping the poor, though that is what the church should do; He says the mark of His church will be this: Hell will not withstand it.

That’s war. That’s not pacifism or the church defending its gates; that is the church attacking the gates of hell which are unleashing nightmares upon this world.

The church of Christ is not a cruise ship, it is a warship.

Our Savior is the Captain, the King of Kings, and the Lord of Lords.

Our Savior defeated hell and the grave.

We should come against all sickness, demons, and evil, tormenting people around us because we are a battleship.

The War Is Won, But The Battle Still Rages

This is what theologians called, “already, but not yet.”

Jesus says the Kingdom of God suffers violence meaning, there is faith that has risen up in God’s people. We’re no longer victims; we are victors. We’re no longer running away, we’re now going forward into all the world and making disciples of all nations.

Our mission is to spread the message of Jesus Christ everywhere.

Jesus already defeated satan, but we anxiously await the day of His coming.

You Are A Soldier, Not A Survivor.

The mentality that we should have as believers is, ‘There is a war, and I’m enlisted in it.’

Jesus declares and tells the church that the gates of hell will not prevail against us. Scripture also makes it clear that at the resurrection, Jesus defeated the devil but that doesn’t mean he is fully gone from the earth. We are patiently awaiting until the day when Christ returns and then, we will see the end of evil. Until then, you and I are a soldier of Christ, and there is a war for souls––every minute.

Learn the truth about God’s Word and attack whatever is coming against you that doesn’t align with the Bible. Even your body goes into an attack mode when bacteria hits it.

I want to challenge you today if you have a sickness, if you’re battling an addiction, wake up the soldier inside of you, and go into a prayer of revolt against the enemy. Rise against addiction, greed, lust, poverty, sickness and disease, envy, alcohol, and pornography. Begin to pray a prayer of revolt.

Say, I come against that in Jesus’ name, I break the grip of that pornography over my life.

If you’re praying for healing, keep praying, don’t give up.

War Against The Real Enemy

I used to look at Samson in a negative light. Every time bad stuff happened to Samson, he went on a revenge spree. However, Samson never took vengeance on the people who caused him suffering. For example, he marries a girl, and then his best friend takes his wife and marries her. You would think the vengeful thing would be to kill your best friend. But he doesn’t, instead, he kills the Philistines.

He always took vengeance on the enemy that was behind the apparent enemy he saw.

When you don’t have a warfare worldview, you will take vengeance on your spouse, your children, or the government, instead of the real enemy that’s behind it.

If we don’t keep a healthy revenge attitude, we will develop resentment against God.

You can either have resentment against God or turn that towards the real enemy who is causing contention, strife, and addiction in your family––satan.

The Spiritual Battle Doesn’t Only Have Physical Symptoms, It Also Has Mental Strongholds.

It’s easier to see the battle when it takes physical form like sickness, famine, racism, abortion, or addiction, but it is much harder to see when it is in your mind. That’s why Paul tells us to wage war to subdue our thoughts (2 Corinthians 10:3-4).

The weapons we fight with are not the weapons of the world. On the contrary, they have divine power to demolish strongholds. We demolish arguments and every pretension that sets itself up against the knowledge of God, and we take captive every thought to make it obedient to Christ.

Don’t let demons roam free in your headspace while you wage war on the outside.

Our captain, Jesus Christ, is not somebody looking down at us from Heaven, He is with us.

Teaching them to observe all things that I have commanded you; and lo, I am with you always, even to the end of the age. Amen.

Jesus was beaten, rejected, whipped, crucified, buried, and then resurrected. And now, He has the keys of hell and Hades. He has conquered sin and death.

The enemy will want to confuse you and tell you to blame God, eventually leading you to withdraw from Him. But I pray you’ll discern his lies and fight to remove the scales of your eyes to understand that God is not your enemy, He’s the one you need most.