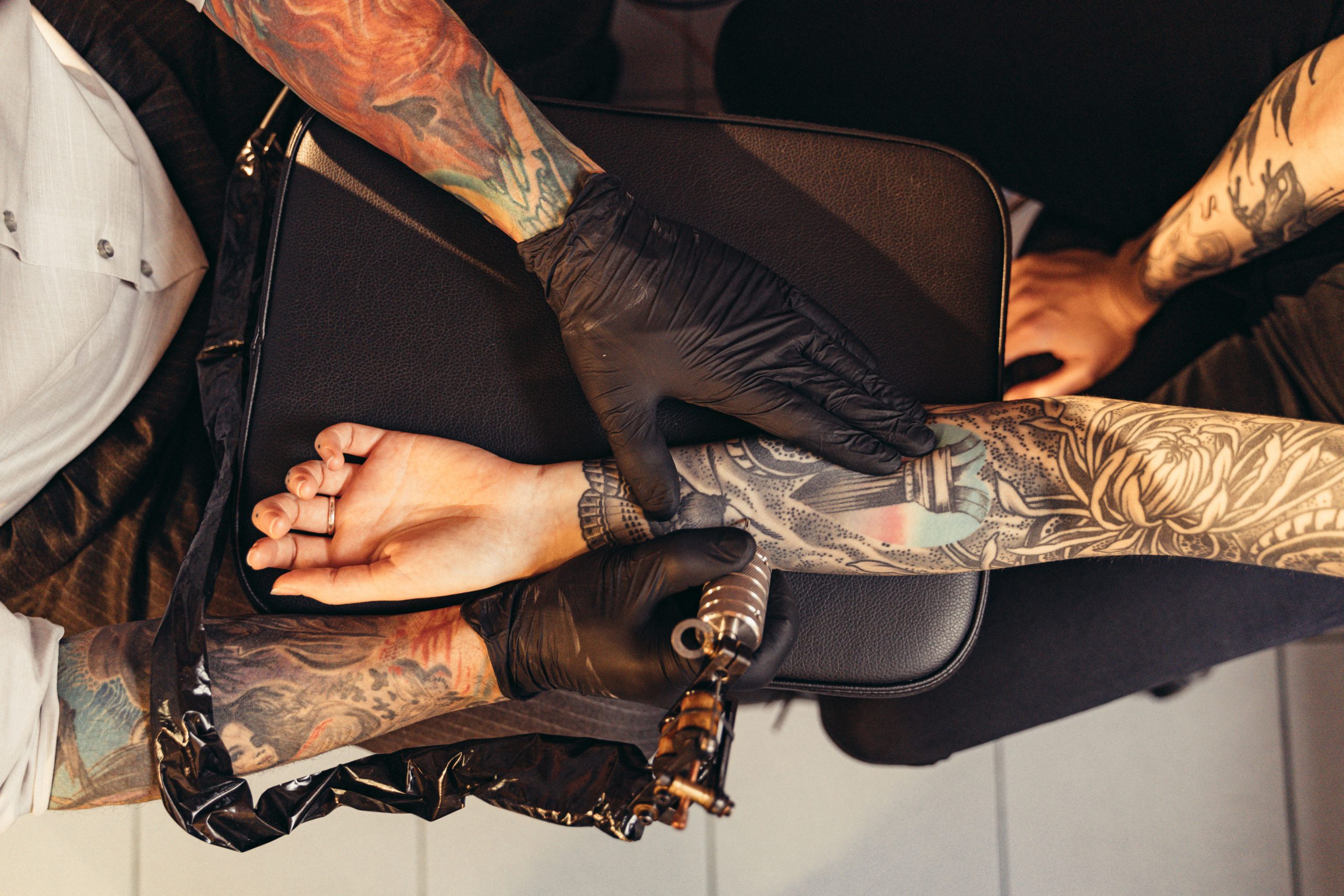 Should Christians Get Tattoos?

A tattoo is a permanent modification of the body made by inserting ink pigments into the dermis under the epidermis. They have become more and more widely accepted in our society throughout the years. It’s embedded in our society to the point that it’s no longer just a passing fad, but a personal matter.

Throughout history, human beings have never been satisfied with their appearance, and have sought to adjust or enhance certain areas of their bodies. From the use of makeup to painting the nails, using tight jeans, tanning salons, high heels, bizarre haircuts, trimmed facial hair, tattoos, piercings, and even earlobe plugs, people are never satisfied with their God-given bodies.

And tattoos are not disappearing anytime soon from our culture. Currently, one in five U.S. adults has at least one tattoo (21%), which is up from the 16% and 14% of those who reported having a tattoo in 2003 and 2008 respectively (the Harris Poll).

The Bible says in Leviticus 19,

“You shall not make any cuttings in your flesh for the dead, nor tattoo any marks on you: I am the LORD”.

The Hebrew word for “imprint” is “qaaqa” which also means “tattoo” or “incision.” In the Near East, tattoos were used to mark slaves. If they had a brand on their hand or forehead, he or she was quickly identified as someone’s property. The background to this law was that Israel, after being rescued from slavery, was ambivalent on their journey between Egypt and Canaan. God demanded that His people should be different from the Egyptian culture; the Israelites belonged to Him and He reminded them that: I am the LORD.

In ancient times, hurting oneself in mourning (cutting cheeks, chest, hands, arms, and backs) was an expression of deep sorrow.

Both the great and the small shall die in this land. They shall not be buried; neither shall men lament for them, cut themselves, nor make themselves bald for them.

We have another example of the pagan priests on Mount Carmel who  desperately cut themselves, as was their custom when they couldn’t get their false god Baal to send fire upon their altar of sacrifice at the challenge of God’s prophet Elijah (see 1 Kings 18:27-29)

Recent archeology indicates that, while Egypt did practice tattoos, it was limited to women. Evidence suggests that tattooing the body parts of women was associated with fertility (breasts, thighs, and abdomen) and was believed to be a good luck charm for protection in the birthing process. Women also frequently had imprints of the fertility goddess “Bes”, which seems to support this theory.

In Canaan, evidence indicates that instead of marking the body with ink, more extreme scarification measures like branding, or slashing the skin were used. Archeology, backed by biblical texts, indicates the Canaanites would customarily slash their bodies for ritualistic purposes (1 Kings 18:28), especially to mourn their dead and honor their gods. It can therefore be concluded that tattoos are likely banned not just because of what they do to the body, but because of what they communicate about their relationship with pagan cultures and deities.

In the New Testament, there are no teachings concerning tattoos.  There is silence on this topic, which is one of the arguments for tattoos. The problem with this line of reasoning is that there are many things in our culture and society that the Bible does not specifically speak against even though they aren’t godly or good. The Bible’s silence on an activity does not necessarily indicate God’s approval of that activity. As a general rule of thumb, the apostle Paul wrote that all things were lawful but not helpful. Christian tattoos are permissible but highly questionable as to their personal benefit, their example to others, and whether it glorifies God.

All things are lawful for me, but not all things edify. 2 Corithinas 10:23

Did Jesus have a tattoo?

Some who approve of Christians getting tattoos will point to the verse in Revelation 19 and claim that Jesus has a tattoo.

“On His robe and on His thigh He has this name written: KING OF KINGS AND LORD OF LORDS.”

The text does not say that it will be a tattoo. It could be written by a supernatural marker for all we know, it could be a henna (non-permanent) tattoo, or it could be metaphorical and not a literal tattoo as we think it to be. Whatever the case, Revelation 19:16 does not say Jesus has a tattoo. Even if it did, it would not be blanket permission for Christians to get tattoos. But on the other hand, Revelation 22:3, 4 says: “His servants shall serve Him. They shall see Him face to face and His name shall be on their forehead.”

Can Demons Enter Through Tattoos?

Because both tattooing and body piercing involve piercing the skin and these acts have pagan, spiritual associations, tattooing and body piercing can (and do) give openings to demonic curses. Tattoos are associated with heathen cultures and were reintroduced to the Western world in the 1700s by sailors who had visited the Polynesian islands. For most of history, people believed that the marks of tattoos and other body-defacing practices carried some kind of magical power. Mediums that are trained in witchcraft practices have tattooed marks on their bodies, and the growing neopagan Wiccan religion heavily promotes demonic body markings.

Six Reasons Why You Shouldn’t Get a Tattoo

1. Motive: Take some time to examine your heart. Why do you want to mark up your body for the rest of your life?

-Is it rebellion against parental authority? Ephesians says that’s wrong.

Children, obey your parents in the Lord, for this is right. “Honor your father and mother”—which is the first commandment with a promise—“so that it may go well with you and that you may enjoy long life on the earth.”

-Are you saying, “Everybody else is doing it!”? Tattoos are mainstream, unoriginal, and almost everyone has them; but, why follow the trend?

-Would your tattoo glorify God?

Scripture says that we must

“Present your bodies a living sacrifice, holy, acceptable to God…And do not be conformed to this world, but be transformed.

2. Modesty: The focus of body art is on the external adornment of the body, however, the Bible tells us to not focus on this. So ask yourself, are you trying to direct people’s thoughts toward God or draw attention to your body? When it comes to placement, tattoos definitely should not be in indecent places on your body.

3. Marketability: The reality is that depending on the job, you might not get hired because of certain markings on your body. You will always be judged on your appearance! Even though tattoos are broadly accepted, you will still encounter people who will think less of you for the ink.

4. Message: Think of the message you are sending through the tattoos. What symbols are being shown? Is it snakes, names, skulls, or demonic figures? We are Christ’s ambassadors, delivering God’s message to the world. What message does the tattoo send? Will it aid or distract from representing Christ and sharing the gospel?

We are therefore Christ’s ambassadors, as though God were making his appeal through us. We implore you on Christ’s behalf: Be reconciled to God.

5. Money: Think financially. Is it the best use of your money? Tattoos are expensive; can you really justify the cost? Tattoo removal is even more expensive and more painful than the needle itself.

6. Medical: Not only are tattoos painful in themselves, but they can result in severe allergic reactions, infections, unsightly scars, and even blood-borne diseases like Hepatitis B and C. Tattooing deliberately opens the skin and exposes your blood to unknown bacteria. Tattoo parlors are not registered medical clinics even though they are puncturing the skin and exposing blood.

If You’re Considering Getting Tattooed

Let not your beauty be outward adorning, but let it be…the incorruptible ornament of a gentle and quiet spirit, which is very precious in the sight of God”.

In short, will getting tattooed send me to hell? Probably not.

Is it wrong to get it? Probably not!

Can it open the door to demons? There is a chance.

The bottom line is that it’s not a sin to get a tattoo; it’s a matter of Christian freedom which should be guided by love, humility, and good judgment.

The bottom line is that it’s not a sin to get a tattoo; it’s a matter of Christian freedom which should be guided by love, humility, and good judgment.

Many folks who come out of the world and get saved by the blood of Jesus Christ still have tattoos, many or few, which cannot be erased or easily removed. They are imprinted on their bodies for a lifetime.  Therefore, we will love these new believers as our family members in Christ.

Reach out to the tattooed and the non-tattooed with the love of Jesus Christ and do not judge.