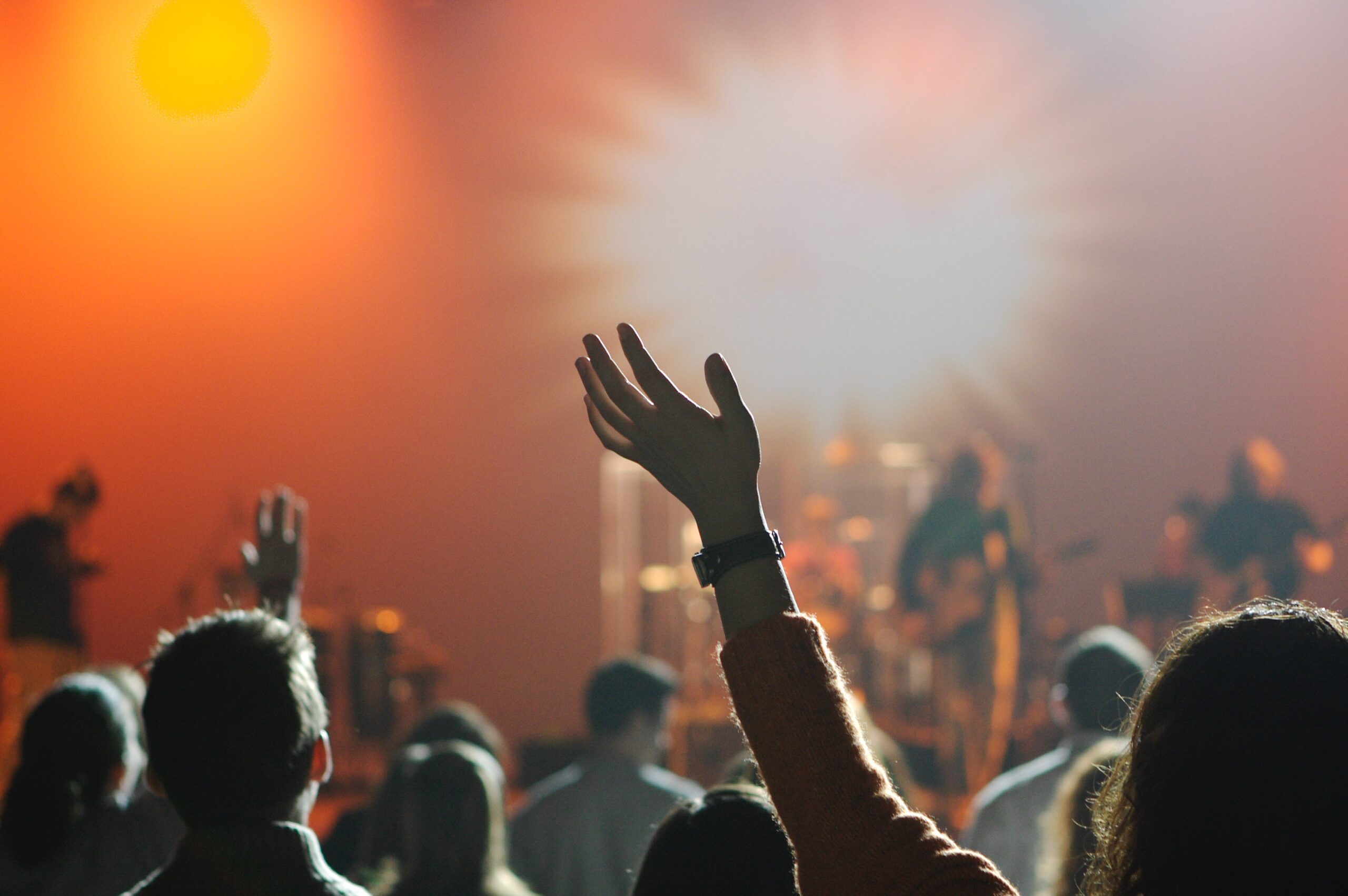 Why do Christians Worship on Sunday?

When you look around, you see that many people go to church on different days of the week, but why do Christians value Sundays and make it a priority to go to church on that day? Here are a few of the reasons.

1. God separated the light from the darkness on the first day of the week.

In the beginning, the Bible says that God separated the light from the darkness on the first day. Today, our first day of the week is Sunday. Genesis says,

On Sundays, we gather to celebrate the light of Jesus Christ, who when He appeared in our lives, separated us from the darkness in which we lived.
Click to Tweet

2. Jesus rose from the dead on the first day of the week.

We see in Mark that Jesus rose from the grave on the first day of the week,

“Now when He rose early on the first day of the week, He appeared first to Mary Magdalene out of whom He had cast out seven demons.”

3. The Holy Spirit poured out on Pentecost (celebrated the first day of the week).

Thirdly, we see that the Holy Spirit was poured out Sunday on the day of Pentecost. When you take the time to calculate the days, you’ll realize that it was Sunday when they practiced the Passover and the day that Pentecost was celebrated.

Next, Sunday in the New Testament is called the “LORD’S day.” Now, we know that technically every day is the Lord’s day, but when we see the Scripture we can see that it is specifically referring to Sunday. Revelation 1 says,

I was in the Spirit on the LORD’S day, and heard  behind me a great voice, as of a trumpet.

Sundays are a great day to honor the Lord, to be in the Spirit, to hear His voice, to have encounters with God, and to gather with other believers.

5. Believers came together to fellowship and worship on the first day of the week.

Another reason why we gather on Sunday is that the believers would use it as a day to join together as one, worship, and fellowship in unity. In the book of Acts chapter 20, it says,

And upon the first day of the week, (which was Sunday) when the disciples came together to break bread, Paul preached  unto them, ready to depart on the morrow;  and continued his speech until midnight.

In fact, Scripture shows us that when they would gather, they would be there a long time. Paul was a long-winded preacher. A few verses later it says that a young man died because he fell asleep listening to him! But in this example, we see that the disciples gathered and broke bread together on the first day of the week.

6. Paul urged believers to prepare their offerings on Sunday.

Upon the first day of the week let every one of you lay by him in store, as God hath prospered him, that there be no gatherings when I come.

This verse is also referring to the gathering of the believers on the first day of the week. As we can see here, they would gather resources and finances, and store them for when Paul arrived. The offering that was gathered would go to Paul’s ministry and to the poor who looked to the church for help. The church fathers, one of them being a direct disciple of John the apostle, actually said this concerning Christians celebrating the LORD and concerning the Sabbath,

“Those who followed ancient customs, the Jews have come to a new hope, no longer celebrating  the Sabbath but observing the LORD’S day, the day on which our life sprung up through Christ.“

Justin Martyr, a church father who was a gentile born near Jacob’s well in 110 A.D. said this,

“And on the day called Sunday, all who live in cities or in the country gather together to one place and the writings of the apostles and the prophets are read, but Sunday is the day on which we hold our common assembly because it’s the first day on which God, having brought a change out of darkness and matter, made the world, and Jesus Christ our Savior has risen from the dead.“

In 178 A.D., another church father argued that the Jewish Sabbaths were specific types and stated the following,

“The mystery of the LORD’S resurrection may not be celebrated on any other day than the  LORD’S day and on this alone should we observe the breaking of the communion and the Pentecost  fell on the first day of the week and therefore  it was associated with the LORD’S day.“

Similarly, in 174 A.D. a church father quoted, “The old seventh day has become nothing more than a working day.”

Sunday has not replaced Saturday; it is not a replacement. We must understand that for the believers at that time, Sunday was like our current Monday. It was the day that everybody had to return to work after having a day off (Saturday). So, the early church would have to gather for worship either early in the morning or late at night.

For years, Christians gathered on the first day of the week because that was the day that Jesus rose from the dead. The Holy Spirit fell on that day and that was the LORD’S day. It wasn’t until later that emperor Constantine instituted Sunday as the official day of rest in 321 A.D., but for the early church, Sunday was devoted primarily to worship not to rest.

Now, I believe that Sundays should be both–a day of rest and a time of worship. A day where we dedicate our time to honor God and celebrate with other believers the God that we serve.

What Did Christians Do When They Gathered?

As we read the book of Acts we see a lot of insight into what the early church did when they would gather together.

1. They physically gathered together.

First of all when you come together…

But if all prophesy, and an unbeliever  or an uninformed person comes in, he is  convinced by all, he is convicted by all.

Scripturally speaking, if you are in the body of Christ it is important for you to gather together physically with other believers. Not only does it align with what we see in Scripture, but it is the most healthy and beneficial for your growth and maturity in Christ.

Speaking to one another in psalms and hymns.

In this passage, Paul is demonstrating how the church would come together and frequently sing and worship together. Similarly, you’ll notice that most churches have a form of worship before the sermon begins. This is taken from the examples that we see laid out in the Scriptures.

3. They gathered to pray.

There’s a potion in Scripture where Paul corrected the church about praying in tongues and teaches them to not just pray in tongues when they gather together, because new people don’t understand, but to instead speak in a language the people can understand and reserve the speaking in tongues for private settings where you connect with God, instead of in front of the congregation. This shows that they often came together to pray but at times, they drifted from what would be most beneficial to the body of Christ as a whole, and in this instance, we see Paul coming in and correcting the church.

4. They gathered and preached.

Paul says to Timothy in 2 Timothy 4,

In this passage he’s speaking to a young preacher, but where is Timothy preaching? At the church where they came together to worship and pray. Churches still gather to this day and continue, in different styles, preaching the truth of Scripture.

As Christians, the LORD has asked us to do two things. The first given is water baptism and the second is the taking of the Holy Communion. In the book of Acts, we see that when the believers gathered, they would gather together and break bread. That’s when they would celebrate Communion and then believers would also get baptized. Now, many churches do this differently and on different dates, but the practices are still followed.

Paul tells the church that when they came together on the first day of the week, to bring their gifts or bring their tithings to the LORD. He asks them to give financially according to how the Lord has prospered them, meaning proportional to their prosperity.

We have a generation today that has fallen out of the habit of coming to church. In fact, we are warned in Hebrews not to forsake the assembling of ourselves together.

Not forsaking the assembling of ourselves together, as is the manner of some, but exhorting one another, and so much the more as you see the Day approaching.

We must prioritize our spiritual growth by choosing to gather with other believers. We are part of the body of Christ, meaning we belong in the body, not on some kind of secluded island.

My family came from a place in the former Soviet Union where people couldn’t openly gather together as professing Christians. The government would throw believers in jail for doing so, and instead of not gathering, Christians would gather secretly, risking their lives. Why? Because like Peter and John told the Pharisees,

We ought to obey God rather than men..

I am all for people having an online experience of church, but if they have the opportunity to go to a local church and they choose not to out of laziness, or because they want to prioritize “family time,” then that’s where it can become dangerous ground. If you make your family an idol, your idol will disappoint you. You should serve God with your family.

You’ll notice that as you choose to gather with other believers, you will grow spiritually. You’ll be able to fight loneliness and temptations. God can encounter you, and His Spirit can fall on you as it did on the day of Pentecost. You’ll see how God will begin to separate your light and darkness through the preaching of God’s Word.

Perhaps the reason why you don’t go to a church is that you feel as though you get nothing out of it; well, perhaps you have outgrown being a baby who just receives and you need to sign up and take the next step and start serving.

I don’t go to church on Sunday morning to be fed, I go on Sunday morning to serve. Now, do I receive?  Yes, but the way I receive has now changed. It comes in the form of serving instead of being served. I have grown to feel replenished, renewed, revived, and re-energized every weekend because I get fueled by the joy that comes from serving the Lord through my service to others. So maybe you’ve outgrown that baby stage and need to give of your time and of yourself to other ministries in your church and pour yourself into those around you.

Don’t forsake assembling yourself with other believers. It is vital to your spiritual growth. Remember that every church will have flaws, but when you choose to focus on Jesus, He can cause you to grow where you are planted.