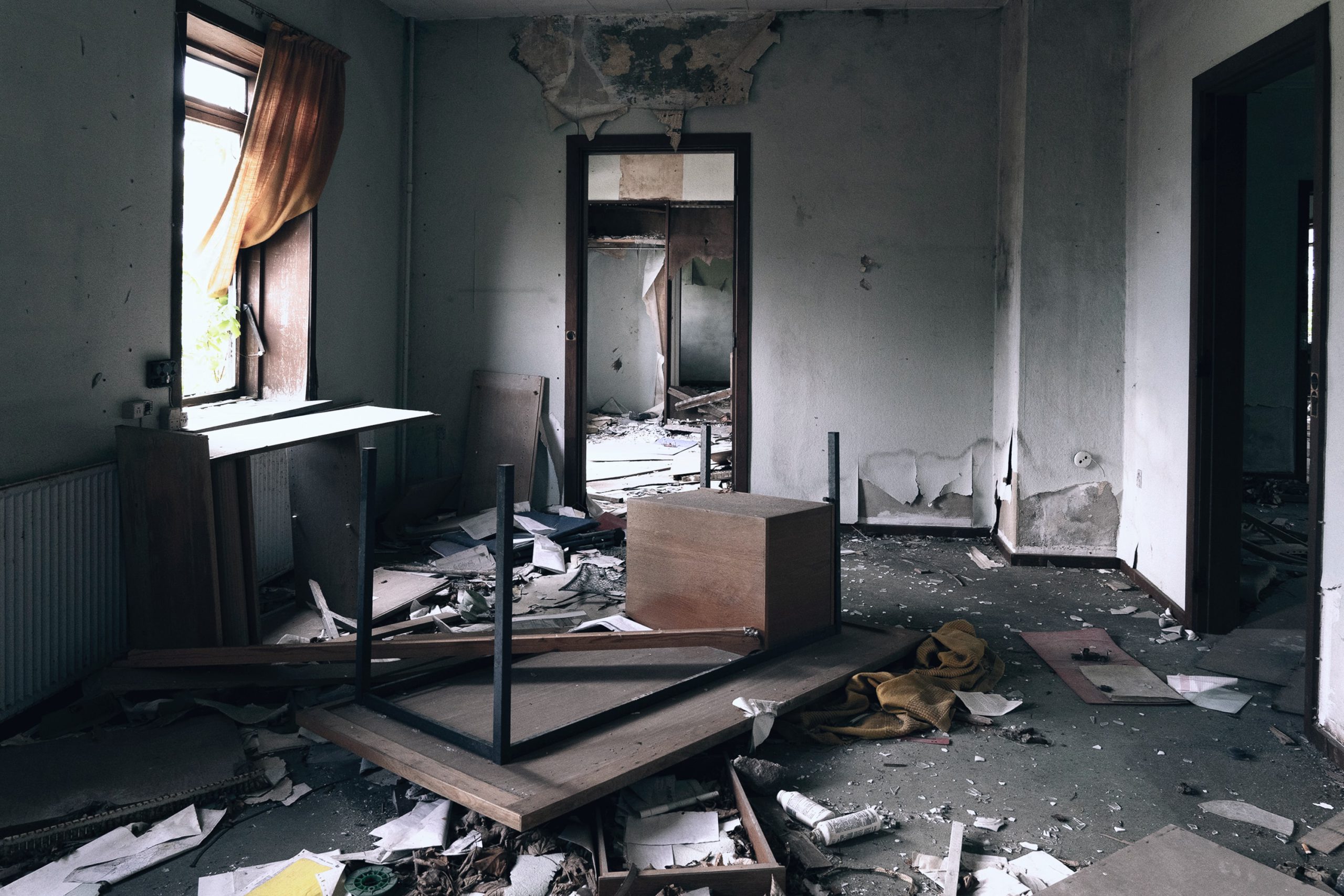 After deliverance, some people find that they continue to battle with similar thoughts that they experienced prior to their deliverance. This, however, does not mean that the demon did not leave. Instead, it highlights the fact that a stronghold was built over time in the mind of the individual.

A demon is often referred to as a strong man while a stronghold is the house of thoughts that they built in the mind over time.

Scripture says that you cannot ‘plunder his goods,’ instead, the strong man must be bound first. However, before strongholds can be fully destroyed, you should seek deliverance (Mark 3:27). Deliverance will remove the demon and allow you to work on destroying the remains that were left.

Scripture makes it clear that we are in a spiritual battle, but have powerful weapons at our disposal.

“Overlooking ancient Corinth was a hill 1,857 feet high. On top of it was a fortress. Paul used that imagery as an illustration of the spiritual warfare he waged. He destroyed strongholds, cast down towers, and took captives.” – Nelson’s New Illustrated Bible Commentary

For the weapons of our warfare are not carnal but mighty in God for pulling down strongholds, casting down arguments and every high thing that exalts itself against the knowledge of God, bringing every thought into captivity to the obedience of Christ.

In this context, pulling down strongholds means demolishing walls of resistance in people’s minds, particularly referring to the rebellion portrayed by the Corinthians when they thought of Paul and the nature of his apostleship.

A stronghold is a fortress of lies the enemy builds in your mind and emotions.

Do not give the devil a foothold.

The word “place” is the Greek word topos. It refers to a specific, marked-off, geographical location. It carries the idea of territory, province, region, zone, or geographical position.

A stronghold is how a demon stays, while an open door is how they get in.

There are common open doors that allow demons to enter someone’s life or family. These include but are not limited to: inheriting demons from ancestors, personal involvement with the occult, being rejected at birth or before birth, growing up in a broken home, experiencing abuse, harboring unforgiveness, committing an abortion, having illicit sexual encounters, consuming porn, stealing, lying, taking drugs, reciting dark inner vows, having curse words spoken over you by someone in authority, and habitual, willful sin. When we partake in any of these sins, we are allowing a demon to enter, and if the demons do not get addressed, they begin to build certain mentalities within a person.

Common strongholds that are built include fear, anger, rejection, depression, abuse, and self-hatred.

An open door is how the demon got in, a stronghold is how it stays.

Strongholds are cast down while demons are cast out.

The Bible teaches us that Jesus drove demons out of people.

When evening came, many who were demon-possessed were brought to him, and he drove out the spirits with a word and healed all the sick.

And when the demon was driven out, the man who had been mute spoke. The crowd was amazed and said, “Nothing like this has ever been seen in Israel.”

Strongholds, on the other hand, cannot be driven out, they must be cast down.

…On the contrary, they have divine power to demolish strongholds.

Strongholds are broken over time while demons are cast out quickly.

It’s important to remember not to give up. While demons at times are quickly removed, a stronghold can take consistency, renewal of the mind with God’s Word, and patience to fully remove. Just as the house of thoughts was built over time, it must be broken down with time to ensure its full removal and replacement with God’s truth.

Strongholds are broken by the Truth while demons are cast out by the Name of Jesus.

Then Jesus said to those Jews who believed Him, “If you abide in My word, you are My disciples indeed. And you shall know the truth, and the truth shall make you free.” They answered Him, “We are Abraham’s descendants, and have never been in bondage to anyone. How can You say, ‘You will be made free’?” Jesus answered them, “Most assuredly, I say to you, whoever commits sin is a slave of sin. And a slave does not abide in the house forever, but a son abides forever. Therefore if the Son makes you free, you shall be free indeed.

It’s not the presence of truth that sets you free, but the knowledge of the truth.

Spend time filling your mind with the truth of God’s Word, and you will begin to experience a shift in your mind that can only come about through the demolishing of the devil’s lies, with the Truth.