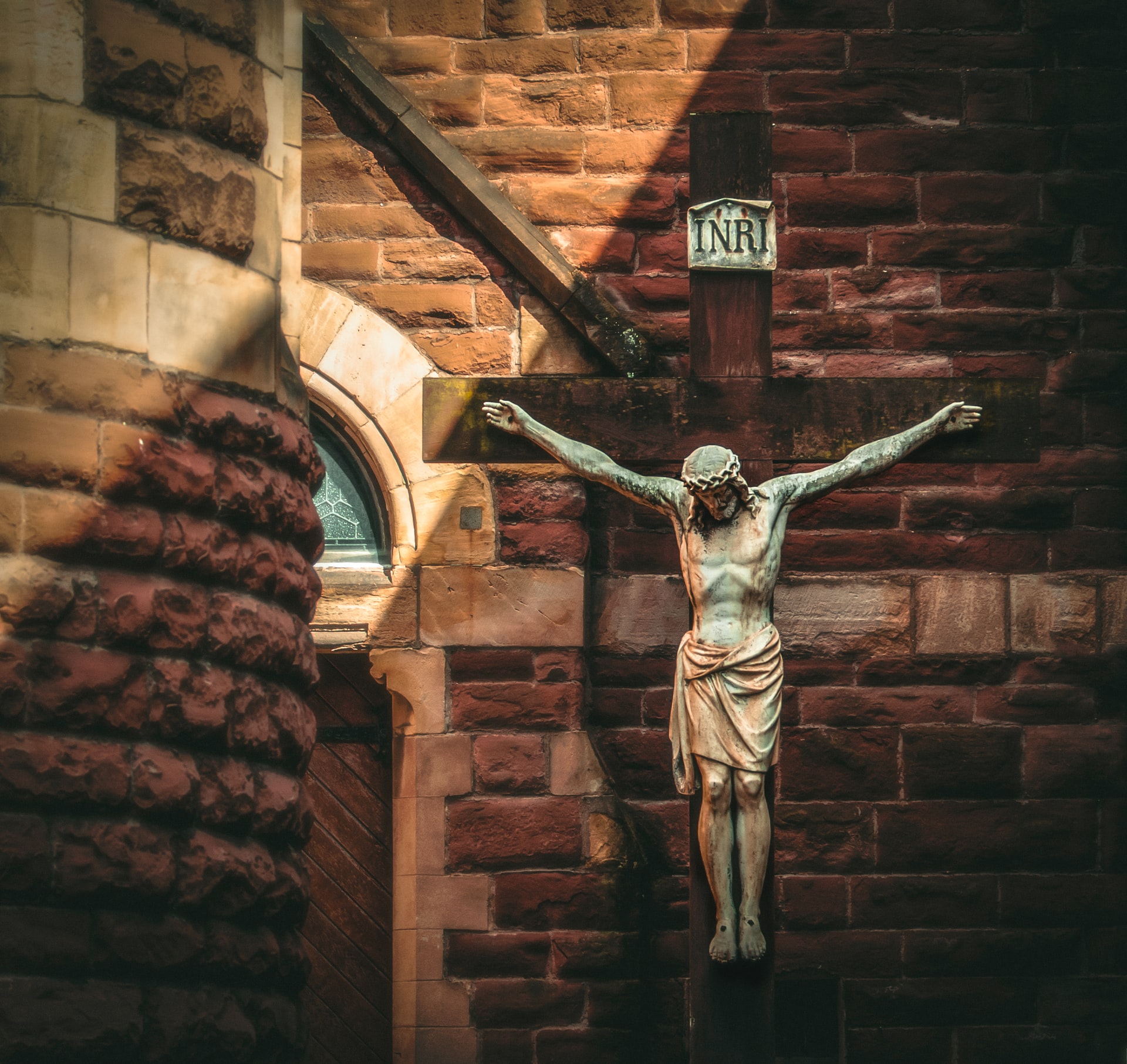 Following Jesus Christ will require sacrifices and these sacrifices have a very powerful effect on our future when they are born of our obedience.

To have a breakthrough is different from a blessing. Blessing doesn’t add sorrow with it but breakthrough takes you to another level in your walk with God which affects all areas of your life.

[PVQ]If you want to walk on fire for God, the fuel for your fire is sacrifice.[/PVQ]

What Is A Sacrifice?

The offering up of sacrifices is regarded as a divine institution. It did not originate with man. God Himself appointed it as the mode in which acceptable worship is offered to Him by man. The language and idea of sacrifice pervades the whole Bible.

The Hebrew word for sacrifice comes from a verb meaning “to slaughter for an offering.” Sacrifices could either be the first fruits of the harvest or animal sacrifices.

Animal sacrifices under the Law served one primary function, to cover or atone for sin (Hebrews 9:22). The sin of an individual was symbolically transferred to the animal which was to be sacrificed, thereby providing a substitutionary atonement. The sacrifices had to be repeated each year because they only partially dealt with sin (Hebrews 10:4). Ultimately, all sacrifices in the Old Testament point forward to and are types of the final, all-sufficient sacrifice made by Christ.

Sacrifices were not to manipulate God for personal gain; rather, they represented thankful responses for God’s blessings, effected forgiveness of sins, and restored fellowship with God and man.

There are Four Sacrifices That Are Still Required Today

Sacrificing doesn’t start with finances, it starts with you receiving the sacrifice of Jesus. All of our sacrifices are a response to the sacrifice we have received as Christians. When you have the revelation of Jesus’ sacrifice, how much He forgave you and gave His life for you, doing anything for the Lord becomes easier. Learn to offer the sacrifice of praise, even when you don’t feel like it.

What Is Sacrificial Giving?

Augustine of Hippo, the great North African bishop, defined sacrifice as “the surrender of something of value for the sake of something else.”

I know I’d die for Christ. The hard part is living for Christ, not dying for him. One huge, heroic act is easier than a lifetime of little daily decisions, especially when it takes a lifetime to discover that the promises of God were worth the ‘no’ we said to ourselves and to the world each day.

Jesus is worthy of everything you are afraid of losing.

Sacrificial Giving Is Giving Beyond Our Means

Our generation lives beyond their means.

For I bear witness that according to their ability, yes, and beyond their ability, they were freely willing, imploring us with much urgency that we would receive the gift and the fellowship of the ministering to the saints.

In the 18th century, John Wesley was a towering figure in the Evangelical Awakening in England. His tireless teaching, preaching, writing, organizing, and activism was without parallel in his day. His book sales alone earned him about $10 million today in his lifetime. However, he died penniless—having given nearly all his resources to the poor, Christian causes, and the ministry of others. He radically laid his time, talent, and treasure on the altar of God’s kingdom-building work.

John Wesley, The Use Of Money

King David gave an equivalent of $21 billion for the temple project. Solomon sacrificed 1000 bulls. The poor widow in Mark 12:41-44 gave two pennies yet Jesus said she was the greatest giver that day in His eyes.

In the 20th century, R. G. LeTourneau become a successful businessman and the father of the modern earthmoving industry. As his wealth increased, he committed to living on just 10 percent of his income, and gave away 90 percent of both his personal income and corporate profits to kingdom work. Not only did he found LeTourneau University in Texas, but he also gave generously to mission work in Africa and South America—radical generosity that helped resource the 20th-century explosion of Christianity in the Global South.

The question is not how much of my money I give to God, but rather how much of God’s money I keep for myself. I shove money out and God shovels it back but God has a bigger shovel.

Sacrifice Is Giving The First And Best, Not Our Leftovers

It is about giving what you love. God gave us His only beloved Son. When you give God leftovers, you are not honoring Him or seeking Him first. Sacrificing hurts. We don’t make sacrifices everyday when it comes to giving but the Lord wants to lead us.

Honor the LORD with your possessions, and with the firstfruits of all your increase; so your barns will be filled with plenty, and your vats will overflow with new wine.

I believe the Lord will use this teaching to stretch you in the area of your giving. Every person I have encountered who walk this path with God were never the same in their spiritual and financial lives after they started sacrificial giving.

The Benefits Of Sacrificial Giving

There are three reasons why sacrificial giving is important.

For where your treasure is, there your heart will be also.

How do you know that you’re making a sacrifice? If it doesn’t pinch you or it’s not moving you, it is not a sacrifice. Sacrificial giving is not often what’s convenient but painful.

The only competition for your heart is money, not the devil.

Sacrificing helps us get rid of mammon, materialism and those things attached with it, (Luke 16:13). God is not against us having money but against money having us. God is not after anything except your heart.

If you want God to mark your spiritual life, read the Word, pray, fast and practise sacrificial giving. Your bank statement is a theological document; it tells you who and what you worship. Your worship is shallow if it is not reflected in what you spend your time on and where you spend your treasures.

Fire falls on a sacrifice. You might have an altar but is there a sacrifice on your altar? You can’t go up without giving up. Abraham gave Isaac. Moses gave up a palace. Peter gave up his business.

Whose generation do you represent today: Adam’s or Jesus’? Both were in the garden; Adam said ‘My will’ and Jesus said ‘Thy will’ be done. Adam’s selfish act resulted in death, sickness, poverty and every evil thing that we see on this earth. The late Billy Graham once said I is the middle letter of sin, lucifer and pride. People don’t give because they see money as theirs, not that they are stewards of God. It is God who gives us the power to get wealth, it is not us.

Sacrifice will help you obey God’s voice, (Genesis 22:18) Abraham could have said “No, there is no way God could ask me to sacrifice my child. It’s not God, it’s just my imagination”. This is how the instruction to sacrifice starts. First, you get a prompting, you get excited, then fear kicks in, logic comes in, and then comes doubt. If you overcome all of that then faith comes, and breakthrough follows.

We are used to hearing the language of trusting in God but how about God trusting us?

Therefore if you have not been faithful in the unrighteous mammon, who will commit to your trust the true riches?

Did you know that when you begin to be faithful with finances by being obedient to God, God will start to trust you? This is what it means by true riches.

Giving jump-starts our relationship with God. It opens our fists so we can receive what God has for us.

2. Your Sacrifice Stores Your Treasures Where They Can’t Be Stolen

Jesus is not against us being wise and having a savings account. What Jesus is talking about is not to focus on hoarding up things here while neglecting our Heavenly accounts. Missionary Jim Elliot expounded on this saying, “No fool is a man who gives what he cannot keep to gain what he cannot lose”.

Is your heart drawn more toward Heaven or is it more filled with earth? Are more of your time and talents spent on earth or Heaven. When you pass on to glory, will they say of you that you left home or went home?

We can see that sacrificing not only marks us spiritually, it marks us eternally and financially as well.

The people of Israel had to give the Lord their first city, Jericho as a sacrifice, when God had stopped the manna. Then, God gave them victory over the promised land of Canaan, flowing with milk and honey. You don’t have to give everything but remember you can’t take anything with you.

We see the same thing with Abraham. Abraham was offering his son as a sacrifice, and met Jehovah Jireh, the God who provides. This encounter is not demonstrating just that if you are struggling that God will provide. Abraham gave God a sacrifice, not a petition for his needs. God provided a sacrifice, not money for Abraham’s bills. God is not just the provider of your needs; He is also the provider of your sacrifice. Some things God provides you with are meant to go on the altar. We can often confuse the seed that God means us to sow with the bread that God gave us to eat. The blessing is for you but the overflow is for others. What many find themselves doing is when God begins to give us overflow, we increase our level of living instead of our level of giving.

God richly blesses you and you should enjoy it but God also gives you seeds to be sown to help the poor, fund missions, ministries, orphanages and so on. When we simply consume all we receive and they complain why is there no supernatural supply, its because the supply God gave did not go to its intended purpose. God wants you to become a channel where blessings flow through. God wants you to be a river not a reservoir.

Something I didn’t understand about generous giving at first was that when God blesses me with miracles but when we obey Him, we can become miracles to others. There is a supernatural supply that God wants to give us when we offer our lives to be a blessing to other people.

After a certain level, you won’t be happier if you get more but you start getting happier when you give more.

No one has ever become poor by giving.

God is not out to take. God wants to bless you according to His riches in glory. He wants to meet your needs and blessing because it is God’s desire that you be a blessing, (Philippians 4:19).

If you have nothing to give, be generous with your praise, smile, kind words, gifts, talents and give to those you cannot get back from. Give so that God can be glorified.

I want to encourage you, as the Holy Spirit leads you, maybe once a year or even once in two years, practice an extravagant, generous, radical, painful, inconvenient giving. Let us walk in extravagant, radical generosity to see the Kingdom of God move forward. The true mark of a Christian is not his prosperity but his generosity.