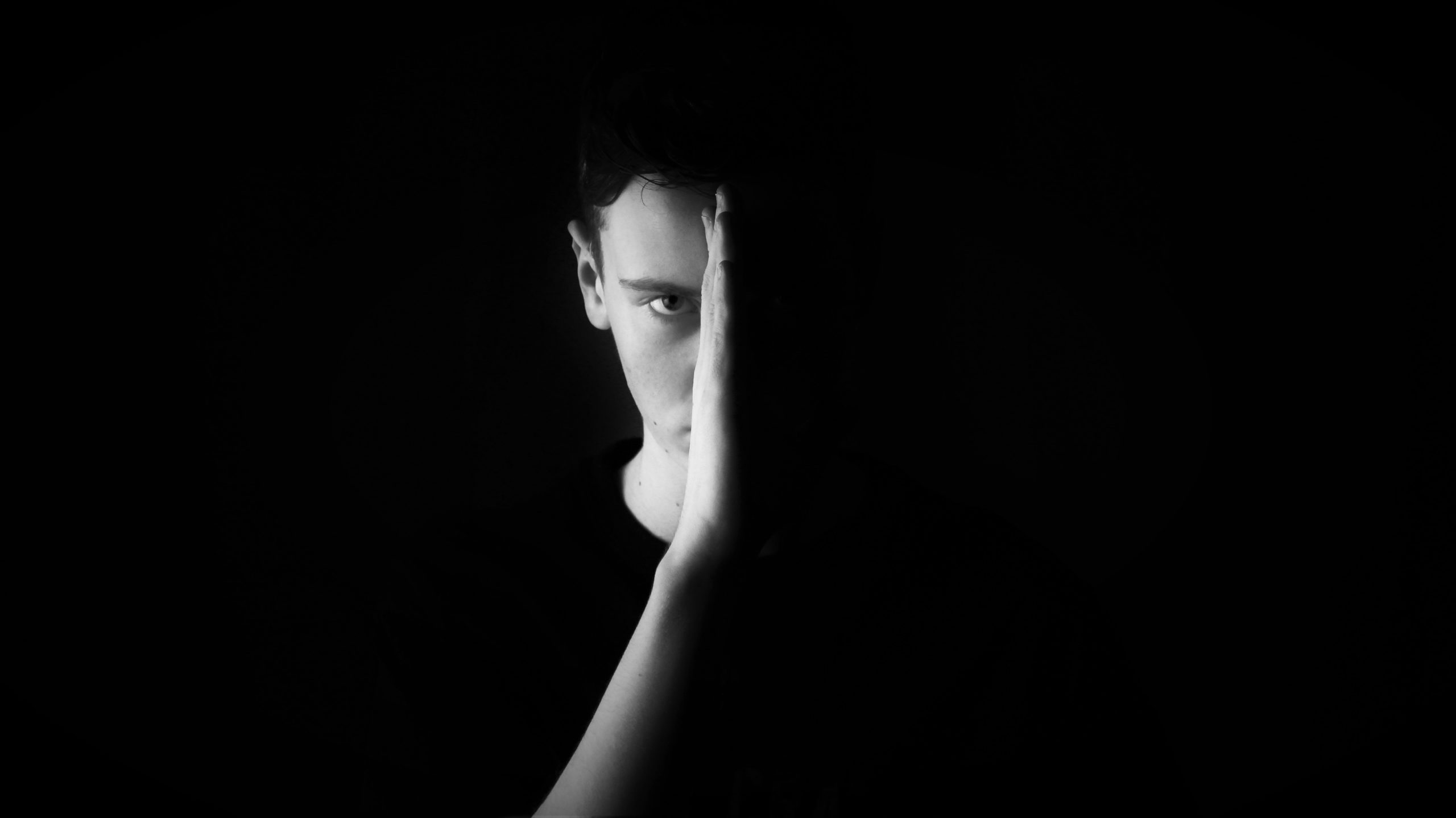 The number one goal of demons is to prevent people from knowing Christ and fulfilling all that God has called them to do while on earth. In order to do this, they strategize different ways they can inflict pain or alter the behavior of a person to ultimately steer them away from Christ’s goal for their life.

Here are some of the most common ways that demons operate.

When He had come to the other side, to the country of the Gergesenes, there met Him two demon-possessed men, coming out of the tombs, exceedingly fierce, so that no one could pass that way.

As seen in this Biblical example, one of the behaviors demons cause is physical violence. Although anger is a “normal” emotion that we all experience from time to time, the differentiating factor lies in constant outbursts of anger that can not be controlled.

Demons can cause extreme rage and aggression in a person making them hard to be around. And often, it is also this same spirit that is behind homicide and mass murder.

And behold, there was a woman who had a spirit of infirmity eighteen years, and was bent over and could in no way raise herself up.

The Bible goes on to show that muteness, blindness, and even epilepsy can also be caused by demons. (Matthew 9:32-33)

While they were going out, a man who was demon-possessed and could not talk was brought to Jesus. And when the demon was driven out, the man who had been mute spoke…

Then they brought him a demon-possessed man who was blind and mute, and Jesus healed him, so that he could both talk and see.

“Lord, have mercy on my son,” he said. “He has seizures and is suffering greatly. He often falls into the fire or into the water…Jesus rebuked the demon, and it came out of the boy, and he was healed at that moment.

While not all illnesses are demonic, some illnesses are in fact demonic in root. These Scriptures make it clear that we are living in a spiritual world, and oftentimes demons can have influence over someone’s body causing injury or sickness.

This is not to say that any sickness that is not helped with medication is automatically demonic in root, but you should be aware that demons can be behind any sort of sickness or disease.

…As well as those who were tormented with unclean spirits. And they were healed.

When people have demonic oppression in their life, they often live in torment. They’ll experience torment in their mind, their physical body, and even during their sleep.

Sometimes, people will feel as though they are being tormented physically with pain in a certain area of their body but when they go to the doctor they have nothing physical that can be diagnosed.

This is usually a sign that a spirit is the cause. Demons inflict pain which modern technology can not pick up in scans.

The demon’s desire is to hurt, attack, and destroy people secretly, but the moment they come in contact with the fire of God, they make their presence known publicly.

Please note, demons do not want to manifest!

The Bible says the devil is a thief.

The thief comes only to steal and kill and destroy…

Thieves are successful if they can stay hidden, and undiscovered. Demons are the same way. They are afraid to manifest because when they do Christians wage war and plead the blood of Jesus to cast the demons out.

Another important point I want to debunk is the idea that a public manifestation of demons gives glory to the devil. There’s nothing glorious about a demon screaming and begging for the minister to let them stay in the body. They scream, not for attention, but because they are being tormented. We should be more okay with demons being tormented in our churches than we are with Christians being tormented.

Deliverance shows how powerful the name of Jesus is over any power of darkness.

Now the Spirit expressly says that in latter times some will depart from the faith, giving heed to deceiving spirits and doctrines of demons.

In the last days, the Bible says these 3 things will happen:

If you notice our culture, you’ll see many doctrines concerning sexuality, purity, and racism that are demonic. Even many of our schools nowadays are places where the demonic agenda and occultic thoughts are pushed on the minds of our young kids.

Demons have an agenda here on earth and as Christians, we must be aware of it and resist it with the truth of Scripture.

Satan is also known as Beelzebul- lord of flies (Mark 3:22).

Demons are often referred to as flies because they act similarly:

Impurity is in demons’ nature. If a person has a strong desire for ungodliness, often this is a telltale sign that they have demons.

Demons feast on impure things, and the moment your life is open to demons, they will get in. Demons are like flies – they enter where there is an open door.

That is why Scripture warns us to not give any room to satan.

And do not give the devil a foothold.

As Christians, we must know that our choices are important. People sometimes think that they can live, listen, and watch whatever they want and demons will not affect them unless invited in – that is far from the truth.

If a door is opened, demons will come in. Open doors are invitation enough.

Throughout Scripture we see the power of God moving through objects causing healing and deliverance. We see examples of this with the rod of Moses, the saliva of Jesus, the shadow of Peter, and even the handkerchief of Paul.

When it comes to the kingdom of darkness, the devil operates in a like manner. Demons will often inhabit people, but will also settle for less.

We see in the example of Matthew 12 that people are referred to as homes that demons inhabit.

When an impure spirit comes out of a person, it goes through arid places seeking rest and does not find it. Then it says, ‘I will return to the house I left.’ When it arrives, it finds the house unoccupied, swept clean and put in order.

Demons love to inhabit people, but they will settle for inhabiting a place or an object. For instance, Mark speaks about demons living in the tombs.

When Jesus got out of the boat, a man with an impure spirit came from the tombs to meet him.

The book of Acts also makes it clear that occult objects and books tied to demonic practices are not to be kept by Christians.

A number who had practiced sorcery brought their scrolls together and burned them publicly.

And lastly, we see in the Bible that demons can inhabit animals. We this example when Jesus commands the demons to leave the man living in the tombs and instead go into the pigs.

He said to them, “Go!” So they came out and went into the pigs, and the whole herd rushed down the steep bank into the lake and died in the water.

Therefore we wanted to come to you—even I, Paul, time and again—but Satan hindered us.

Even Paul was hindered by demons. Sometimes they will oppose ministers through physical, emotional, or even spiritual obstacles to prevent them from achieving the plans God wants to fulfill through them.

Another Scripture makes it clear that demons snatch the Word given so people can not walk in what God desires.

When anyone hears the word of the kingdom and does not understand it, then the wicked one comes and snatches away what was sown in his heart. This is he who received seed by the wayside.

9.       They blind the minds of unbelievers through deception

Scripture says that those who do not believe in the Gospel have been spiritually blinded by demons.

Whose minds the god of this age has blinded, who do not believe, lest the light of the gospel of the glory of Christ, who is the image of God, should shine on them.

Another verse in the Bible says,

Now the Spirit expressly says that in latter times some will depart from the faith, giving heed to deceiving spirits…

Demons blind people spiritually to prevent people from being aware of their need for God.

How God anointed Jesus of Nazareth with the Holy Spirit and with power, who went about doing good and healing all who were oppressed by the devil, for God was with Him.

We see here that Jesus went around healing those who were oppressed by the devil.

The Greek word for oppressed is “katadunasteuo”. This word means “to exercise dominion against, oppress, and overburden in body or mind.” Demons can cause people to feel foggy and restless, but the Spirit of God brings clarity and freedom.

We know that although demons have the power to inflict pain and cause suffering to people, Jesus is greater than all of the power of the enemy.

Demons tremble and fear the power of Jesus. No matter what bondage you may be facing, in Christ, you can find full freedom.

If the Son therefore shall make you free, ye shall be free indeed.