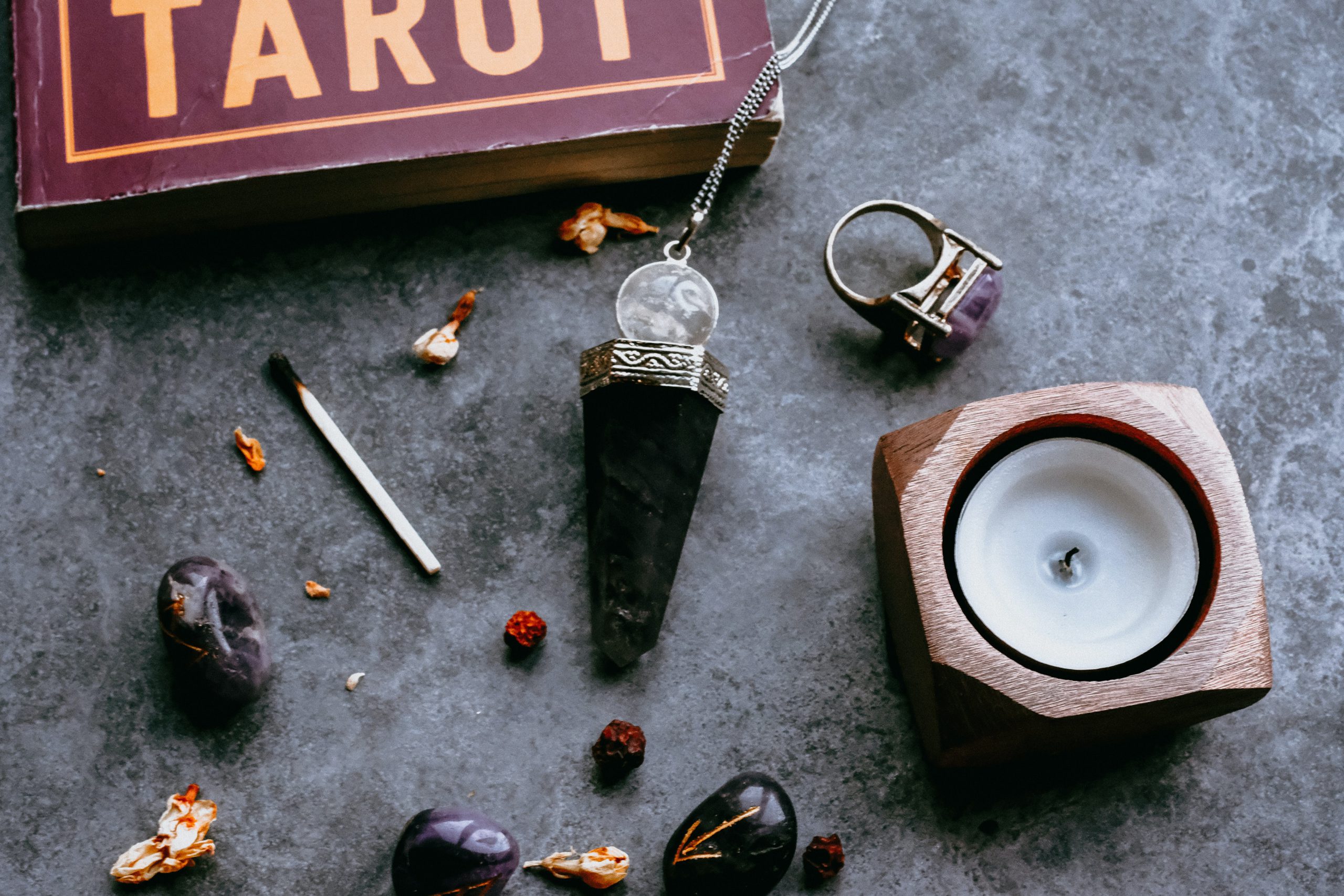 “The New Age movement, or New Age spirituality, is a conglomeration of beliefs rooted in Eastern mysticism. Things ranging from meditation to occult practices can all fall under the umbrella of New Ageism.”

It is a very strong deception that the enemy has crafted to lure many curious minds into believing they are seeking the Truth when really they are only being led further away from it. As Christians, our truth is derived from what the Bible teaches, but to those who are unaware of Scripture or fail to study it, exterior deceptions can begin to form their beliefs about their identity and the world as a whole.

The devil deceives many people, especially naive Christians, into believing the lie he invented in Genesis 3: men can be like God.

Before sin, torment, or even suffering entered the world, deception did.

Genesis describes the moment where Adam and Eve were deceived through a simple conversation. That conversation made them switch their beliefs about the nature of God (Genesis 3).

A deception that is not addressed and corrected in the light of Scripture can lead to the falling away and the demonization of an individual.

In this blog, I want to explain the 7 main deceptions that the devil is using to lead many people astray. Knowing these core deceptions that people believe will help you spot and dismantle the lies so you can help those who are still stuck in them.

Reincarnation is the belief that we live infinite lifetimes over and over again until we learn our lesson or ascend and break out of the cycle of reincarnation.

Reincarnation is dangerous because it gives people a false sense of hope, a “second chance.” When someone strongly believes in the idea that they will be able to have a fresh start, then that removes the need for repentance because if you fail in this lifetime, you can make up for it in the next.

Scripture is clear when it says,

And as it is appointed unto men once to die, but after this the judgment.

We have one opportunity in this life to acknowledge our sinful nature and recognize our need for salvation through Jesus Christ. Once we die it is too late.

2. You Can Become God

Those who believe can choose to go through a spiritual evolution to transcend the reality they live in and revert to the point of “consciousness” at the Big Bang through transcendental meditation. By doing so, they’ll reach “realize” they are God or “the source” consciousness.

And the Lord God formed man of the dust of the ground, and breathed into his nostrils the breath of life; and man became a living soul.

This lie was the same deception that the snake presented to man in Genesis by saying,

For God knows that in the day you eat of it your eyes will be opened, and you will be like God, knowing good and evil.

Man was created. Man is not the Creator.

Any sense of a negative perspective of self is rejected because whatever you think, you become. With this belief, objective truth doesn’t really matter. You simply attract what your beliefs are (consciously and unconsciously). As a result of this, all guilt and shame are to be rejected.

People will often recite positive mantras, and try and deflect all negative thinking in fear that it will come to pass if entertained.

For all have sinned and fall short of the glory of God.

Entertaining any thoughts about our sinful, fallen nature would produce shameful, or “negative” thoughts thus preventing people from realizing how truly sinful humanity is and our vital need for Jesus Christ as a Savior.

Apostle Paul also taught that godly sorrow brings repentance which leads to salvation and in it, we find no regrets.

New Agers also believe that Jesus Christ is a man who reached “Christ consciousness” which every person is meant to reach and attain in their spiritual journey. All worship of Him as God is bad and a lie to take people away from knowing their ‘true power’.

Jesus was not just another man who reached enlightenment. Jesus Christ is the unique Son of God born of a virgin who was raised from the dead on the third day. Jesus isn’t ‘like’ God or ‘become’ God, He is God.

The Son is the image of the invisible God, the firstborn over all creation. For in him all things were created: things in heaven and on earth, visible and invisible, whether thrones or powers or rulers or authorities; all things have been created through him and for him. He is before all things, and in him all things hold together.

In another portion of Scripture Jesus says,

…Before Abraham was born, I AM

5. Love, Light, and Truth are Merely States of Consciousness

Another commonly held belief is the idea that through meditation, one can dissolve past the “illusion of self and the ego” and reach the state of pure bliss, truth, and light (nirvana in Buddhism, moksha in Hinduism), making love, light, and truth merely states of consciousness you can attain.

As Christians, we believe that love is a person – God.

Anyone who does not love does not know God, because God is love.

Another Scripture also shows us that,

Jesus said to him, “I am the way, and the truth, and the life. No one comes to the Father except through me.”

According to this Scripture, truth and light are a person – Jesus Christ.

Truth is a person – Jesus Christ.

6. The Creator Is an Unknowable Force.

The universe was created mysteriously from source energy or vibration.

Hindus call the vibration sound “Om.” As a result of this mysterious origin, the Creator is a force that can not be known.

While it is true that God “spoke” creation into existence, the devil twists that truth by eliminating the personal nature of God altogether.

The Creator came to earth in the form of a man, His name is Jesus Christ.

For I have come down from heaven, not to do My own will, but the will of Him who sent Me

This belief seeks to eliminate the personal nature of God altogether, but the Bible tells us, that Christ became flesh and dwelt among us. Not only did He dwell among us, but He did the Father’s will that we might reconnect us to God. He desires a personal relationship with each of us.

The Word became flesh and made his dwelling among us. We have seen his glory, the glory of the one and only Son, who came from the Father, full of grace and truth

7. There are Many Ways To Heaven – “Your Truth Isn’t My Truth”

Finally, a belief is held that all religions are the same because they all point to the divine. In fact, they believe that Jesus isn’t the “only way,” and instead believe we can all find our own way to reach the divine.

There are not multiple ways to reach heaven; there is only one way – Jesus.

There are not multiple ways to reach heaven, there is only one way – Jesus.

And there is salvation in no one else, for there is no other name under heaven given among men by which we must be saved.

Entertaining these lies in your mind to any degree is putting a wedge between you and God. They increase doubt and weaken your faith.

Any consideration of these heresies against the divinity of Christ will weaken you and open you up to more deception and demonic bondage.

Our rock is Christ.

He is the way, the truth, and the life. Cling to what is good. Cling to Jesus. Not as an idea or a concept, but to Him as the actual person.

He is alive right now, watching and hearing every one of your thoughts.

Hold your thoughts captive to the obedience of Christ. Be sure that they align with the Word.

If you’ve been in unbelief, deception, or involved in any New Age practices and want to repent, do it now.

Lord Jesus, I want You. I believe that You are the only begotten Son of God who came, died for me, and rose again on the third day. I ask that You come into my life and make Yourself clearly evident. Touch me, show me who You are. I want to know You for who You are and I want to serve You for the rest of my life.