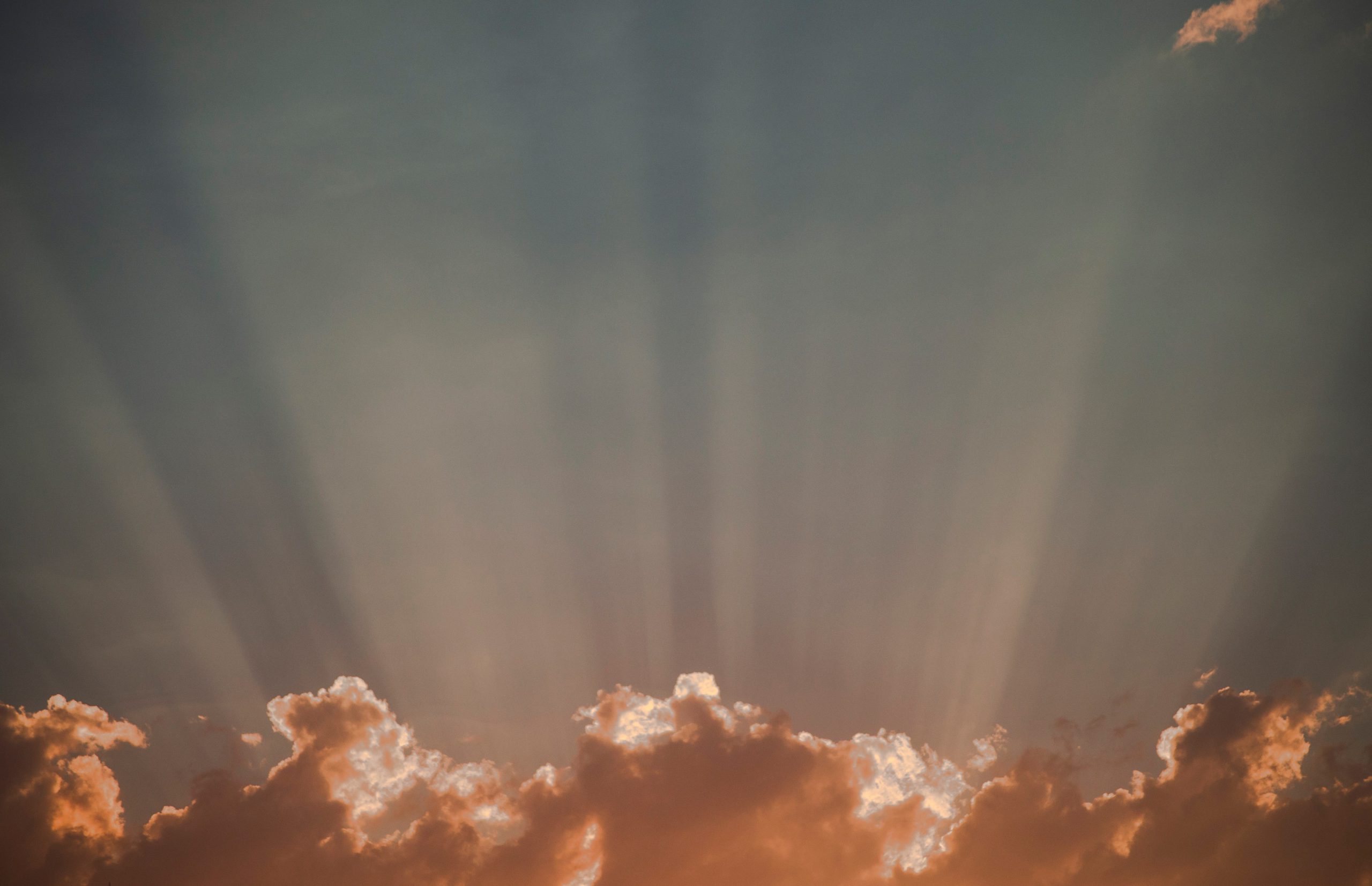 6 Benefits of Intimacy With the Holy Spirit

In order to walk in the Holy Spirit, we must talk with the Holy Spirit. The same is true with any human relationship. When we are getting to know someone intimately, we spend time with them, get to know their life, their history, and their interests. When you’re on a first date, you usually don’t spend the entire time talking about yourself and your issues, and then wrap up the night without asking them a single question.

So why is it that we frequently treat the Holy Spirit like that?

Could it be that we are simply not willing to put in the time and the effort to know Him as we ought?

Benefits of Getting to Know the Holy Spirit

1. You will attack the enemy instead of agreeing with the enemy!

1 Samuel talks about the first victory that King Saul had. It shows how bold Saul was when he had the anointing of the Holy Spirit on him. In Chapter 11, an Israelite city was under attack and they sent word to the other Israelites around them asking for help. Saul was filled with Holy Spirit and cut his ox into pieces and said that any Israelite that did not fight with him would have their oxen cut up in the same way. The fear of God, not the fear of Saul, fell on the people and they all turned to fight with one accord.

When Saul heard their words, the Spirit of God came powerfully upon him, and he burned with anger. He took a pair of oxen, cut them into pieces, and sent the pieces by messengers throughout Israel, proclaiming, “This is what will be done to the oxen of anyone who does not follow Saul and Samuel.” Then the terror of the Lord fell on the people, and they came out together as one.

In another instance, when Saul began his reign, we see that he did not rely on himself but on the Holy Spirit. This can be seen when they went to make Saul king and they had to search for him and found him hiding among the bags. He knew that it was God who had appointed him and relied on Him for help.

…But when they sought him, he could not be found. Therefore they inquired of the Lord further, “Has the man come here yet?” And the Lord answered, “There he is, hidden among the equipment.”

Don’t make agreements with the devil. You were anointed to attack!

Whatever you agree with, you empower!

When you agree with someone, usually it’s because you believe what they are saying; whatever you believe will end up directing the course of your life. For example, if you believe someone is better than you, you will act in accordance with those beliefs; your behavior won’t change based on facts but based on what you believe to be true.

In the same manner, don’t identify yourself with the pain, past, sin, or sickness you are feeling! You are now in Christ.

You are made new.

Therefore, if anyone is in Christ, the new creation has come: The old has gone, the new is here!

You have been forgiven.

I, even I, am He who blots out your transgressions for My own sake; and I will not remember your sins.

You are made righteous.

He made Him who knew no sin to be sin on our behalf, so that we might become the righteousness of God in Him.

You are healed in Christ.

But He was wounded for our transgressions, He was bruised for our iniquities; The chastisement for our peace was upon Him, And by His stripes, we are healed.

These should be the truths you live by!

Realize that it’s the devil’s pain, past, sin, and sickness; don’t take ownership of it!!

2. You will be courageous instead of cowardly.

With the Holy Spirit, boldness was released into Saul; however, without the anointing, Saul was balanced, cautious, and played it safe.

People who lead “balanced lives” are usually also those who never step outside of their comfort zone. They do not change history or make big impacts on the world around them, because fear always paralyzes them. It is the people who step out, take risks, and who are bold that get remembered for their impact on the world.

Now when they saw the boldness of Peter and John, and perceived that they were uneducated and untrained men, they marveled. And they realized that they had been with Jesus.

If you don’t step out and take a risk, there is no chance for success. Stop playing it safe. Step out and live in the faith zone.

3. You will serve people instead of fearing them.

When Saul had the Holy Spirit, he did not fear what man thought or said about him because he was focused on God. But when Saul took his focus off of God, he became concerned by what others thought of him.

Jesus did not live to please people but to please His Father. He didn’t die on the cross just because He had a love for people but because His desire to obey His Father was so much greater. If we are not controlled by the fear of God then the fear of people will rule us.

Your approval needs to come from God, not man. People make mistakes, but God does not. If you are only being led by a love for people, that love will have a difficult time lasting through trials and your love will diminish over time, but if God is the reason that you love people, your love will grow. When you do things solely to please people, then you are using them to fill insecurities and build your self-esteem. The moment you start pleasing people you will become imprisoned by their opinions.

4. You will fight alongside authority instead of always being frustrated with them.

You can’t walk in the anointing and fight the authority God has placed over you. The Holy Spirit will always create a humble heart within you, never a prideful one. When you are confronted by someone who is in a position of authority, what does your reaction look like?

If you begin to notice anger or resentment building up within you when you get corrected, then you might be dealing with rebellion. Pride and rebellion are what got Satan kicked out of heaven. As Christians, we are to team up with the authority God placed, instead of fighting against it. God says to honor and obey all authority placed over us. Even if authority is not honorable, you are to still honor them, because you are an honorable person.

Everyone must submit himself to the governing authorities, for there is no authority except that which God has established. The authorities that exist have been established by God.

Honor the Holy Spirit by honoring the authority placed over you-even if you do not agree with them.

5. You will have mercy on your foes instead of attacking your friends.

When the Holy Spirit was with Saul he spared his enemies; when the Spirit of God left, he sought to kill his friends.

After Saul’s first victory the people went to Samuel and wanted to put the men to death who murmured against Saul at the beginning. Saul overhears them and says do not hurt them. When the Holy Spirit left Saul, he sought to kill David, a man who would give his life for him.

Spend time getting to know the Holy Spirit. This closeness to Him will cause you to be meeker. As Christ’s character begins to form in you, you will notice that out of your heart will begin to flow words of encouragement and you’ll begin to uplift others around you, instead of constantly being suspicious about the close relationships God wants to form around you. Submit yourself to His guidance, and He will lead you in this area.

6. You will be mission-minded, instead of ambition-driven.

Without the Holy Spirit, you will be obsessed with titles, positions, and ranks, but with Him, you care about your calling, purpose, and mission. Don’t allow yourself to become so inward-focused, needy, entitled, easily offended, overly suspicious, and jealous. Allow the Holy Spirit to use your life for the true cause you were meant to live–healing the sick, casting out devils, and saving the lost.

Sheep never bark at dogs, if you are barking back, you are not being a sheep.

We are not here to protect our reputation, we live for God’s approval, not man’s approval. Stop listening to what men are saying around you, and start fulfilling your God-given purpose.

What are some benefits of intimacy with the Holy Spirit you have seen in your life?