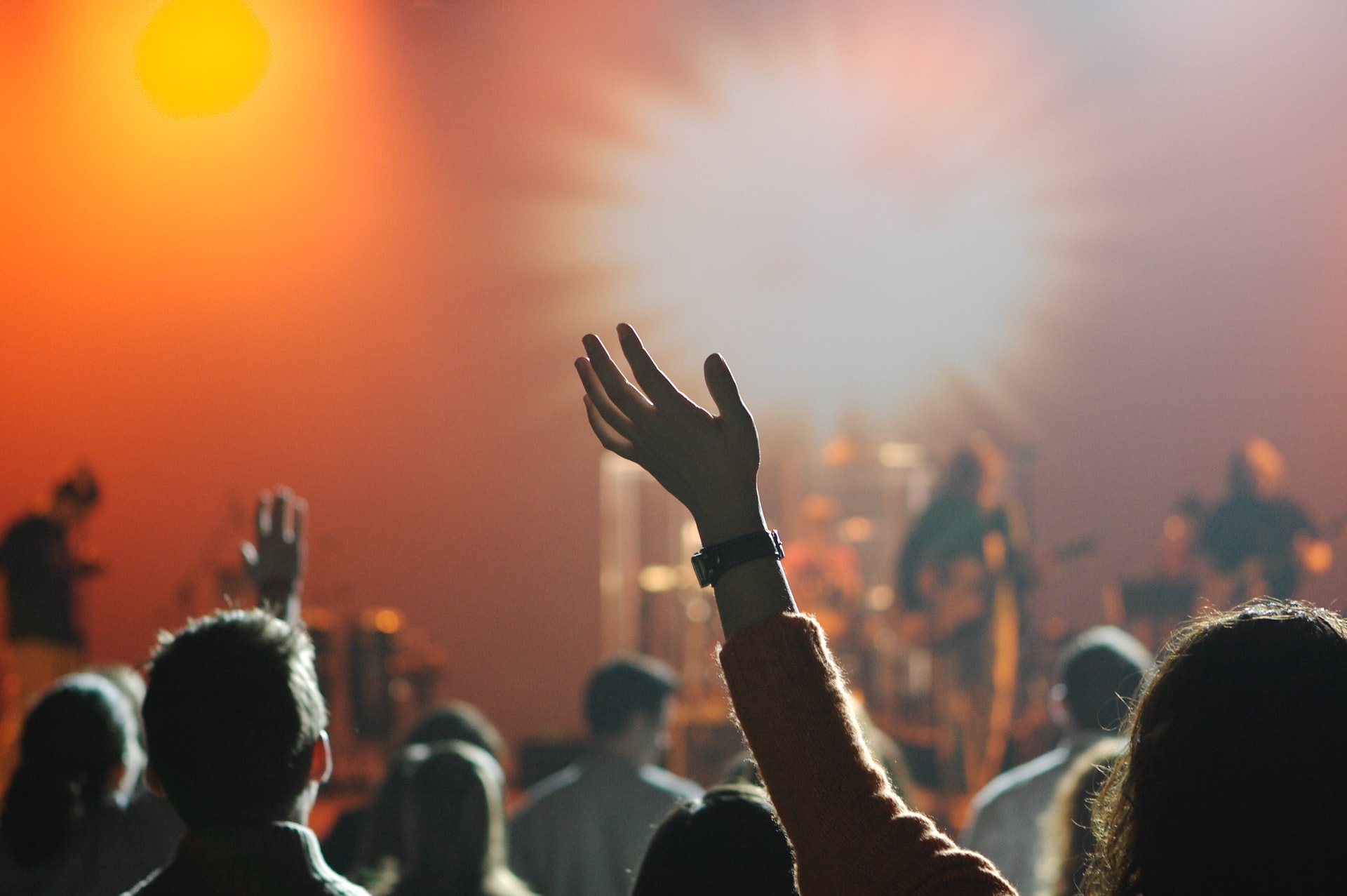 We believe in healing, we also believe in medical science. While God has given doctors the knowledge to be able to help people get better health, medicine can only treat the symptoms of an illness, it is Jesus who does the healing. Healing is mentioned 138 times in the bible, about 1/5 of the gospels is about healing. If healing was not important to God then He would not have directed Jesus to spend so much time healing people during His three years of ministry or talk about it as much as He did.

Divine health was God’s initial goal for humanity from the beginning, it was not healing. God did not create sickness, sickness entered the world when Adam and Eve sinned. Because health is God’s goal and will, divine healing is a means to that goal. If it was not God’s will for people to be healthy, then every doctor and health professionals is working against God’s will. God puts value on the human body. Divine healing proves this. God created the body, God heals the body, Jesus purchased the body, God dwells in the body and God will resurrect the body.

In Mark 6:1-6 Jesus is in His hometown of Nazareth, this is the town that he grew up in. Jesus taught in the synagogue and the people of Nazareth couldn’t believe what they heard because He taught with wisdom and had power to heal people. The people were offended and questioned Jesus because they had grown up with Jesus. Because of the people’s unbelief Jesus was not able to do many miracles there and only a few sick people were healed.

In Mark 6:53-56 Jesus is in the town of Gennesaret. The people in Gennesaret recognized Jesus as a person who could heal the sick and as a result the leaders sent word to the surrounding areas for all the sick to come so they could be healed. The people not only brought the sick to Jesus but they begged Him to let the sick just touch the fridge of His robe because they believed if the sick would just touch His robe they would be made well. Because of their belief every sick person who came to Jesus was healed.

In one place very few sick people were healed and in another there was an explosion of healings. Jesus was the same in Nazareth as He was in Gennesaret, the difference between the two places were the people and because of that the results were different. Jesus wanted to do mighty works in both places but was unable to because of the people. While a healing explosion is the work of Jesus the absence of a healing explosion is the work of religion. We pray, fast and give so that we stay out of God’s way so He can work hard and heal. When healings are not taking place it has nothing to do with the faith of the sick person, but because the healthy people, us, are getting in God’s way and hindering His healing work.

Nazareth was offended with Jesus because of their history with Jesus. They had the last 30 years of history and thought they knew who Jesus was. In Jesus’ first 30 years, He never once healed the sick or raised the dead. Nazareth allowed their past experiences with Jesus define who they thought He was. Experience can lead us to change who God is or if we recognize who He is it can change us. God is now, who Jesus was! You do not have to right to define who God is based on your experiences but we are to discover Him thru what the bible says of Him. Being offended at what God has not done does not give you an opportunity to experience who He really is because it puts a stumbling block in front of you. The lenses we use to view Jesus thru will affect how we perceive Him and that in turn will affect what we receive from Jesus. A healing explosion can only happen when I don’t change who I see God to be based on my situation or experiences. However, even in Nazareth where there was unbelief and doubt there were still healings. There is no excuse for there to be no healings. Today if a few people are healed, we call it revival. Jesus was disappointed that only a few were healed, not excited. This should show us not only how much God wants to heal people but also that when we get offended, God cannot do mighty works, not because He is not able to or wants to do mighty works, but because we are hindering God’s ability to work. Places were healing explosions are taking place are not because people there have never been disappointed by God, but because they refuse to allow their experiences define who God is but instead believe who God is based on what the bible says about Him. These people recognize who Jesus really is, they don’t let their past get in the way and define who God is.

The story of Job in the bible is a good illustration of offence. Job lost all of his kids, possessions and even his health within a very short period of time. Job had a chance to be offended at God, however instead of being offended Job chose to worshiped God instead. Job’s own wife told him to curse God and die. She reasoned that God had failed them because of what they were experiencing, so Job might as well take up offence, curse God and kill himself and be done with everything. Job realized that if he cursed God and died; then if he blessed God, he would live. It says, “And Job charged God of no wrong.” This meant that Job didn’t understand it and didn’t like it but he did not blame God. The why’s must wait, the worship MUST come first. Job’s circumstances did not change, Job’s perspective changed because he had an encounter with God. It is funny to note that God never does explain to Job why everything happened to him and if God does not explain why the things happen to Job; we should not expect humans to be able to explain why things happen, why people die from sicknesses or tragedies, why people lose their jobs or other painful experiences. Your questions will always take a backseat when you encounter God.

Don’t build doctrine based on your disappointments.

We must stop letting our experiences define God. God is, who Jesus was. Does God want to heal people, yes because Jesus healed people. Our failed prayers are not to define God. We are not given the right to define God, we are only given the privilege to discover God. God does not change. Ever. In order for us to see healings we must stop blaming God. God did not create sickness, its not His fault. Blaming God for sickness is like blaming the secretary of transportation for all the accidents on Highway 395, it is not their fault, its satan’s fault. When you blame God it limits what God can do in your life. You cannot trust a God who you are offended with. Doubt and unbelief are different things. Its ok to doubt, its not ok to have unbelief. Doubt says you have questions, that you need some evidence; unbelief says you will not believe in spite of evidence. Run to God with your disappointment not away from God. The moment you die, your sickness is done and over with. Don’t let something temporal, impact you eternally. Discover God through Jesus, not through your experiences or your past. Take the lens of your past experiences and set it aside and look at Jesus through worship. Don’t ignore your past experiences, but don’t use them to view God through.

2. In Nazareth people brought arguments to Jesus, in Gennesaret they brought the sick.

In Nazareth the leaders stood in the way of Jesus so He could not heal the sick. In Gennesaret the leaders brought the sick to Jesus. The leaders in both cities set the atmosphere, one was to the detriment of the sick and the other to the benefit of the sick. The healthy people are the ones who helped or hindered the sick people from getting healed. In order to see a healing explosion, we must see the sick. Are you compassionate for the sick? Do you envision the sick and pray for them during your privet time with God? The problem with the people of Nazareth was they were concerned on if Jesus was theologically correct whereas the people in Gennesaret were concerned with the sick and knew Jesus could heal the sick.

eHealing depends on the compassion of healthy people, not just the faith of the sick people.

Just because we are hurting does not mean that we cannot help others. When you let go of your offense and see that God is bigger then your experiences, God will show you people who are hurting worse then you.

In Gennesaret the leaders begged Jesus to heal the sick while in Nazareth the leaders could only question Jesus as to how He could preach such a clever message when He had never gone to seminary like the other rabbi’s, they didn’t beg, they debated.

When we see that Jesus is loving and a healer, we begin to beg Jesus in private for His grace and anointing so that when we pray for the sick in public we see the manifestation of God’s healing power. What about the work on the cross you might say? We don’t beg for the healing to be done, we beg because it is done. We don’t pray for victory, we pray out of victory.

As healthy people we are to cry out in our secret place to God so that when we go out in public and take the risk of praying for people, God is able to work thru us and bring healing to the sick. Blaming no healing on the sick people’s lack of faith is wrong.

Healing explosion is based not only on the sick people’s faith but on the perseverance and warfare of the healthy.

4. In Nazareth Jesus touched few sick people, in Gennesaret as many as touched Jesus were healed.

In Nazareth Jesus touched the sick, but in Gennesaret the sick touched Jesus. In Gennesaret the sick grabbed Jesus as He walked by, like Wi-Fi without a password, free access for everyone. In Nazareth they asked for permission to touch Jesus, in Gennesaret they grabbed Jesus. I can imagine Jesus had bruises and His robes maybe even got torn because sick people don’t touch gently or nicely, they grab. But Jesus never got upset or told them to stop, but walked where the sick were so they could touch Him. We want to create an environment were the sick are seen and cared for. There was a lady who was in a wheelchair that came every Sunday to our church. She prayed for physical healing but she recently died, she didn’t get her healing. But there was never a Sunday that went by that a group of people would not surround her and pray for her and love on her. She didn’t get her physical healing, but she felt loved. If they don’t get healed, they need to get loved on by us.