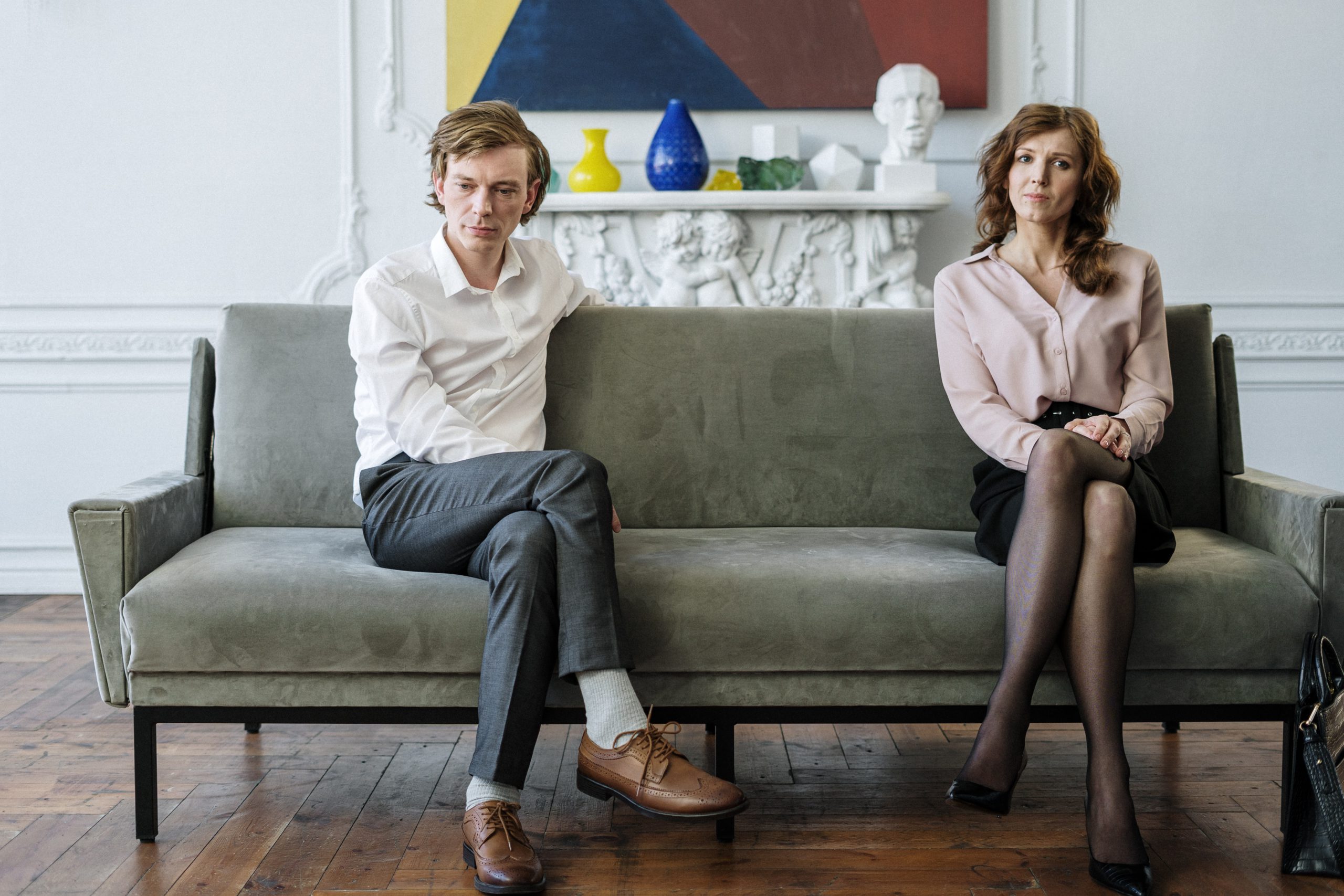 A reporter asked the couple, “How did you manage to stay together for 65 years?” The woman replied, “We were born in a time when if something was broken we would fix it— not throw it away.”

Divorce is on the decline but it is still very common in our culture today. Even though everyone says the vows, “…until death do us part” on their wedding day, very few seriously commit to it for a lifetime.

Although there are instances of legitimate reasons for divorce, and some marriages would be better for it, divorce is the death of a relationship and every death is painful.

Facts About Divorce (Especially in the United States)

Marriage is a contractual, binding commitment to live and sleep together in a moral relationship recognized by God and society, enacted verbally, validated legally, and consummated physically. Divorce is the breaking and forsaking of a marriage contract with all its moral, legal, and physical obligations.

Divorce in the Old Testament

The Bible is not silent on the topic of divorce.

From the beginning, God intended marriage to be permanent (Gen.2:24-25; Mark 10:6-9). Even though divorce was allowed under the Old Covenant, it was permitted only because of the hardness of hearts. It was not God’s perfect will.

Jesus confirmed that in Matthew 19.

They said to Him, “Why then did Moses command to give a certificate of divorce, and to put her away?” He said to them, “Moses, because of the hardness of your hearts, permitted you to divorce your wives, but from the beginning it was not so.”

The hearts of people were hard and unchanged because they weren’t willing to accept and live by God’s high standards of love.

Divorce was an option available to the husband, but it’s not clear whether the wife could initiate it.

“When a man takes a wife and marries her, and it happens that she finds no favor in his eyes because he has found some uncleanness in her, and he writes her a certificate of divorce, puts it in her hand, and sends her out of his house.”

The expression “some uncleanness” was debated by Jewish people. One school of thought, Shammai, limited it to a moral cause and another school of thought, Hillel, included many other causes for divorce like bad breath, snoring, a running sore, or even bad cooking.

There’s something else to consider: after their return from exile in Babylon, Ezra along with the leaders required everyone to divorce their foreign wives (Ezra 10). This was to ensure the purity of the Hebrew religion which would be tainted by the influence of the foreign gods and pagan practices that other nations had.

We know that God hates divorce:

“For the LORD God of Israel says that He hates divorce, for it covers one’s garment with violence.”

God doesn’t hate divorced people. He hates what divorce does to people. Divorce causes emotional pain, confusion, and frustration. 60% of all divorces involve children. Divorce is especially hard on kids.

Psychology Today mentioned one study where they asked the children of divorced parents if they felt better off because their parents had gotten divorced rather than staying in an unhappy marriage? Many children responded that they would have been content to hobble along in the unhappy marriage of their parents and just fantasize about their parents having a “magical reconciliation.” That’s why God hates divorce, because of what it does to people. In the same way, God hates sin because of what it does to people. Sin hurts others and so does divorce, but God loves divorced people.

It will come as a shock to some that God himself is divorced. Yes, He as a faithful Husband, divorced Israel for her continuous unfaithfulness and infidelity but then remarried Israel after they returned to the Lord.

And I saw, when for all the causes whereby backsliding Israel committed adultery I had put her away, and given her a bill of divorce; yet her treacherous sister Judah feared not, but went and played the harlot also.

Turn, O backsliding children, saith the Lord; for I am married unto you: and I will take you one of a city, and two of a family, and I will bring you to Zion

We also see another example in Isaiah.

Thus saith the Lord, Where is the bill of your mother’s divorcement, whom I have put away? or which of my creditors is it to whom I have sold you? Behold, for your iniquities have ye sold yourselves, and for your transgressions is your mother put away.

Now, what about Jesus? What did He say about divorce? Jesus’ standard for marriage was high. In fact, after His teaching on marriage and divorce, the disciples said,

“If such is the case of the man with his wife, it is better not to marry.”

Let’s look at what Jesus said in Matthew 19.

“And I say to you, whoever divorces his wife, except for sexual immorality, and marries another, commits adultery; and whoever marries her who is divorced commits adultery.”

This Scripture makes it pretty clear! Whoever divorces and remarries for any cause, except sexual sin, is committing adultery. But Jesus is not saying that divorce is a solution for marital infidelity. Divorce shouldn’t be initiated in the instance of a one-time affair; Christian love, forgiveness, and reconciliation should be the focal point.

There is no mandatory requirement for divorce in these situations. It mostly depends on the hearts of the people involved. For those of you who think that divorce will solve your problems, remember that statistics show that a second marriage would have an even smaller chance of survival. It’s best to work out whatever problems you are now facing and not use divorce as an option.

Apostle Paul reaffirmed the same teaching about not leaving your spouse if you are a Christian.

But if the unbeliever departs, let him depart; a brother or a sister is not under bondage in such cases. But God has called us to peace.

Keep in mind this sort of divorce is not initiated by a believer but by the unbeliever. In fact, Paul is arguing that by staying married to an unbeliever, you could actually win them to the Lord.

“But God has called us to peace.”

This may come as a harsh truth for those who feel trapped in an unhappy marriage. The number one reason for divorce in the United States is not adultery or abuse but “irreconcilable differences.” In other words, we think that if we can’t get along, we should go our separate ways. For the Christians who don’t learn to get along with each other, there is no free pass out of the marriage, but a call for sanctification and a marriage counselor.

“What about abuse” you may ask?

Even though there is no biblical insight for that specific issue, I do believe that it’s probably an acceptable reason for separation if staying with a criminal or an abuser is endangering the life of a spouse or child.

At times, using “tough love” by firmly setting proper boundaries with the abusive spouse can help them to snap out of the behavior causing friction and animosity. It could initiate more sensitive behavior in them, which would lead to reconciliation and a harmonious relationship.

We were all given the ministry of reconciliation, and we should strive to fulfill that ministry, especially with those in our family.

All this is from God, who reconciled us to himself through Christ and gave us the ministry of reconciliation: that God was reconciling the world to himself in Christ, not counting people’s sins against them. And he has committed to us the message of reconciliation.

Jesus’ teaching on remarriage after divorce is hard to swallow if I’m being honest. There is no way around it. There are no Greek or Hebrew texts to explain away the harsh truth that we need to embrace. In Matthew 19 Jesus pretty much says that if you get remarried and the divorce doesn’t have biblical grounds (adultery and abandonment) then you’re committing adultery. That hurts.

I tell you that anyone who divorces his wife, except for sexual immorality, and marries another woman commits adultery.

I personally know a lot of good Christians who did everything they could to remain married, even when their marriage felt loveless and empty, yet their spouse divorced them without grounds of adultery or abandonment. What do you do in this situation? I don’t think that divorce and remarriage in this situation is an unpardonable sin. But, I don’t want to sugarcoat the truth either, just because those people had good intentions when they first got engaged and married.

4 Instances When Remarrying is NOT Considered Adultery

There are four instances when remarrying is not considered adultery:

If someone initiates a wrongful divorce and later recognizes the mistake of their ways and sincerely repents, they have the full assurance from God’s Word that they are forgiven.

The sin that led to divorce or the sin of divorce can be forgiven by the blood of Jesus Christ.

But the consequences of divorce don’t get undone. It takes a heavy, emotional, and financial toll on a person, and plants seeds for broken homes for future generations.

The damage that divorce causes calls for counseling, community, soul healing, and even deliverance to move into the future that God has for each person.