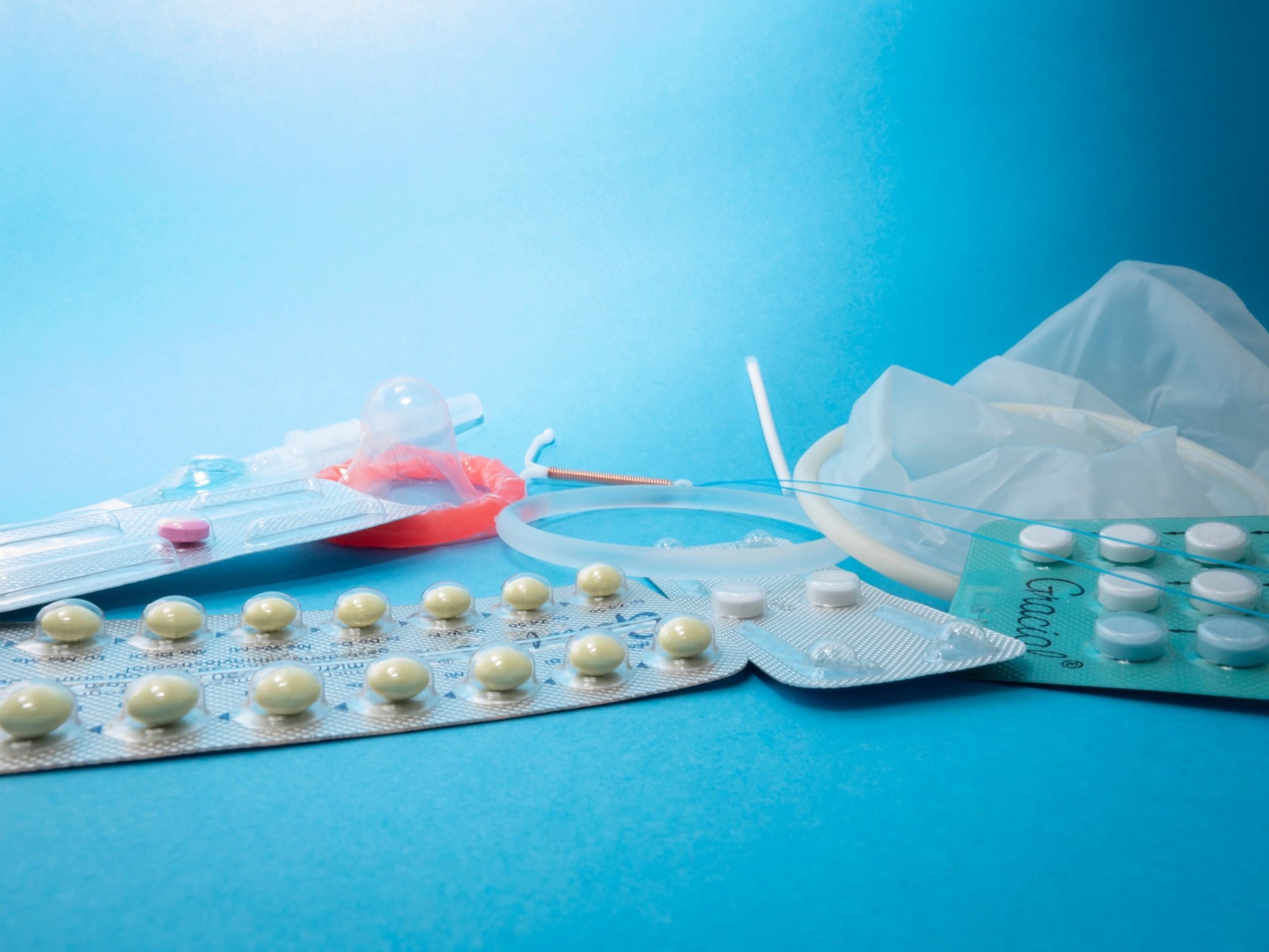 Should Christians Use Birth Control?

“For the first time in modern history, the world’s population is expected to virtually stop growing by the end of this century, due in large part to falling global fertility rates, according to a Pew Research Center analysis of new data from the United Nations.

By 2100, the world’s population is projected to reach approximately 10.9 billion, with annual growth of less than 0.1% – a steep decline from the current rate.”

It’s no surprise that there has been a decrease in fertility with the way our culture is viewing sex, abortion, and the importance of motherhood. So when we look at this topic through a Biblical worldview, is using a contracptive pill wrong for professing Christians?

What the Bible Says About Kids

Culturally, in biblical times, to be desolate or infertile was considered shameful and a curse (Isaiah 49:21). The married woman who was barren considered herself to be a failure in her “mission” to bring forth children for her husband.

In general however, God does want people to be married and have kids, but that’s not the sum total of happiness or satisfaction in life.

For most of the last 2000 years, Christian churches have been opposed to artificial birth control. In the first centuries of Christianity, contraception (and abortion) was regarded as sinful because it was associated with paganism or with heretics.

The Roman Catholic church still holds the view that the primary purpose of marriage is to procreate human life. Its doctrines and theology forbid artificial contraception because:

But on a wider scale, most Christians are generally divided into 2 camps:

Those who affirm “natural family planning” believe that every act of sexual union should be open to the possibility of procreation. From this viewpoint, no method of birth control that presents a barrier to fertilization or introduces hormones that make the uterus inhospitable to a maturing embryo is allowed.

It is argued that contraception directly contradicts God’s command in Genesis.

And God blessed them, saying, “Be fruitful and multiply, and fill the waters in the seas, and let birds multiply on the earth.”

They use this verse to demonstrate how God expected Adam and Eve and their descendants to populate the earth. And it is said that only God has the right to “open” or “close” a woman’s womb.

For the Lord had closed up all the wombs of the house of Abimelech because of Sarah, Abraham’s wife.

“Contraceptives Can Be Used”:

Most Christians believe that contraception may be used to limit the number of children born into a family as long as the method is not abortion.

Those who believe marriage and sex are primarily about intimate, affectionate companionship believe that deliberate prevention is appropriate (1 Corinthians 10:23-33).

And the Lord God said, “It is not good that man should be alone; I will make him a helper comparable to him.”

Guidlines to Help Determine What You Believe

1. Contraceptives must not be used to provide protection for sex outside of marriage.

The increased acceptance and use of birth control, especially “the pill”,  have fueled the sexual revolution in our Western culture. This ungodly revolt against sexual morality since the 1960s has ripped apart marriages, families, and churches.  Traditional codes of sexual norms have been constantly challenged by women’s liberation movements and feminism.  Now, it’s been calculated that 85% of abortions in the U.S. are performed on unmarried women.

2. Any birth control pill that acts after fertilization to end a human life by preventing its implantation in the womb is wrong.

Oral birth control pills prevent the release of an egg from the ovaries.  They consist of estrogen and progestin hormones.  And there is a pill that thickens the cervical mucus to prevent sperm from entering the womb to fertilize an egg.

Any birth control that acts after fertilization to prevents the implatation in the womb is wrong.

But, the abortive birth control pill acts to prevent an already conceived baby from being implanted in the wall of the uterus where they would be able to receive the necessary nutrients to continue developing. That is wrong because it ends a human life!

3. The best prevention for pregnancy is abstinence, not birth control.

Birth control doesn’t work all the time. Even Planned Parenthood admits on their website that “Being continually abstinent is the only way to be absolutely sure that you won’t have an unintended pregnancy or get a sexually transmitted disease”. Planned Parenthood estimates that 2-9% of pill users will get pregnant in any given year and 15-24% of condom users will still wind up with an unplanned pregnancy.

Abstinance is the best birth control.

4. Don’t hold on to the contraceptive mentality that sees children as problems to avoid.

God created us with a desire for sex for many reasons, one of which is procreation. Pleasure, partnership, protection, and loyalty are significant benefits of sexual intercourse in marriage, but every family should be open to the possibility of children being conceived. Even if a couple cannot conceive, the normal desire to have children should be present.

5. Christians are not ordered by the Bible to maximize the greatest number of children that can be conceived.

If a couple marries young and doesn’t stop having children, they would be able to have around 15 to 20 children before the wife reaches menopause in her forties. While some families are rightly honored, this level of reproduction is certainly not mandated in the Bible. We are also commanded to adequately provide for our household; otherwise, we are to be considered worse than an unbeliever.

But if anyone does not provide for his own, and especially for those of his household, he has denied the faith and is worse than an unbeliever.

So it’s not just a matter of how many children I can birth, but how I can successfully raise them?

6. When it comes to the issue of birth control, ask yourself two things: the means and the motive.

By means, I am reffering to asking the question of what means of birth control can you use that will not terminate a life that could be conceived?

After you have answered that for yourself, ask yourself concering the motive. Why do you want to use birth control? Is it to protect yourself from the consequences of sinful, promiscuous sexual activity? Is it out of a selfish desire? Or is it due to a lack of resoures available to raise and provide for more children and bring them up in a God-honoring way?

The Story of Onan

In the Bible we see the story of Er and his wife Tamar. When we begin to dive into their story, we see that he was wicked and the Lord put him to death, leaving Tamar a widow with no children. So Tamar was given in marriage to Er’s brother, whose name was Onan, in accordance with the law of “levirate marriage”.

If brothers dwell together, and one of them dies and has no son, the widow of the dead man shall not be married to a stranger outside the family; her husband’s brother shall go in to her, take her as his wife, and perform the duty of a husband’s brother to her.

This mandate required the childless widow to marry her husband’s brother to continue the family lineage. But, Onan was already married and had children.  He did not want to split his inheritance with any child that he might produce on his brother’s behalf, so he practiced the oldest form of birth control: withdrawal. His method is called Onanism or “coitus interruptus”.

And the thing which he did displeased the LORD; therefore He killed him also.

Onan’s motivation was selfish; he used Tamar for his own pleasure but refused to perform his legal duty of creating an heir for his deceased brother. This passage is often used as evidence that God does not approve of birth control. However, it was not the act of preventing conception that caused the Lord to put Onan to death; it was his self-centered motives to prevent a pregnancy.

So, we conclude that it is acceptable for a married couple to limit the number of children they may conceive as long as it does not kill a living embryo or fetus.