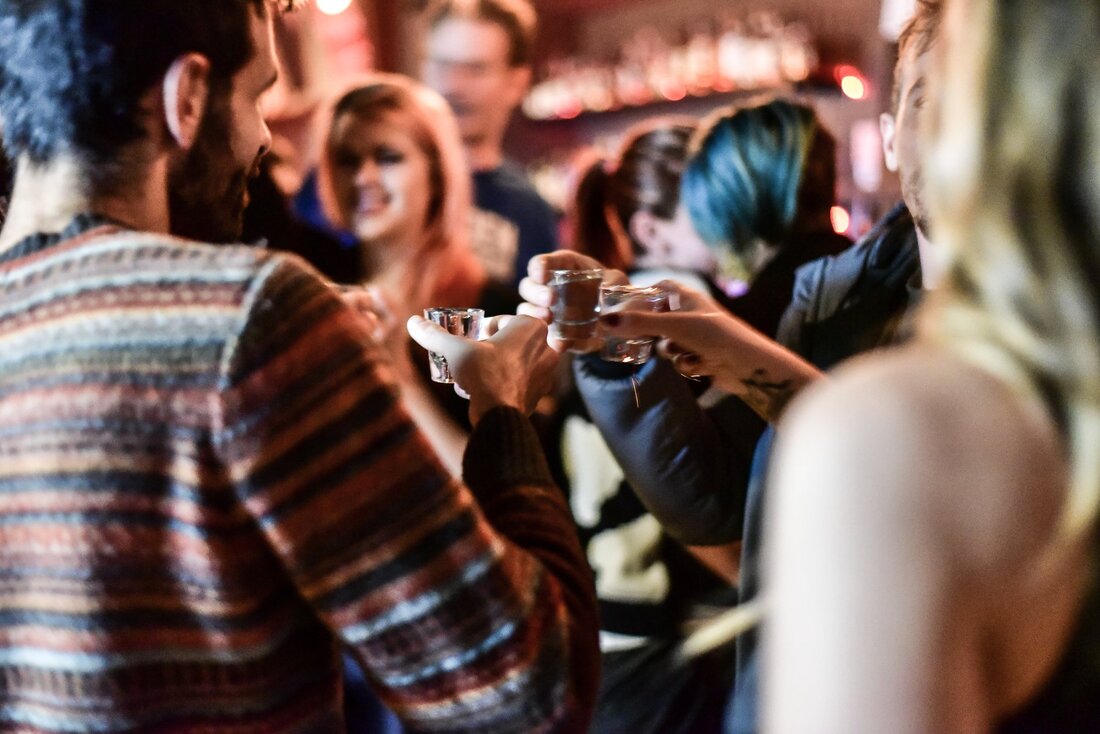 It is okay to drink?

According to a study conducted by JAMA Psychiatry; “A new study shows that 32 million Americans, nearly one in seven adults, have struggled with a serious alcohol problem in the last year alone” (1). This goes to show how much of impact alcohol is having on Americans today. Yet, Ephesians 5:18 says “Do not get drunk on wine, which leads to debauchery. Instead, be filled with the Holy Spirit.”

​We are to only be controlled by the Spirit of the Lord, not by any substances such as alcohol. The devil uses alcohol as the worldly substitute for a Spirit-filled life. We have greater influence than alcohol it’s the Holy Spirit. Alcohol is the devil in liquid form. When you take it, you lose control. When you get filled with the Holy Spirit you find control over your emotions and life.

Alcohol doesn’t deliver what it promises, the following was sent by a member of Alcoholics Anonymous to columnist Ann Landers:

Proverbs 23:29-35 speaks clearly of the dangers of alcohol and those who abuse it. The destruction caused by alcohol brings sorrow, contention, foolishness, mutilation, mental anguish, poor health, and more.

If we are to break down verse 29 alone, we see sorrow, contention, complaints or babbling, mutilation, and mental anguish as symptoms of alcohol consumption.

Sorrow is seen through people getting lost after turning to alcohol. It is seen time and again that even born-again Christians become different. People become angry, rebellious, and violent, which often leads to divorce, abuse, and neglect of those near and dear.

Contention creeps into once happy and thriving relationships and families. Fighting, arguing, and violence bring a wedge into relationships, leading to the separation of families.

Complaining and babbling is something we are all guilty of at times; however, while intoxicated all inhibitions leave. This leaves a person to make foolish decisions that last forever.

The mutilation factor is associated with the huge death toll that is associated with alcohol abuse. Over 200,000 people are victims of alcohol-related deaths each year. This includes car accidents, domestic accidents, homicides, etc. To put this number in perspective, the casualties of the Hiroshima and Nagasaki bombs were roughly 115,000 lives lost.

“Redness of the eyes” is associated with mental anguish. When one weeps or lacks sleep, their eyes are red. Sadly, people are drinking trying to find happiness and in the end it is the one thing they have the least of! While they might have fun while drinking and partying, the joy is temporary and often forgotten.

Verse 32 speaks of the bite of a serpent. Alcohol is associated as a caused for 7 cancers, in addition to high blood pressure, depression, and dementia. Why do people vomit after lots of drinking? Their stomach has more sense than the brain to rid itself of this toxin, like it does with food poisoning.

Verse 33 is scary in that alcohol causes hallucinations and immorality. Hallucinations speak for themselves, but immortality comes from the perverse uttering of one’s heart. These lead to lowered inhibitions and self-control, often leading directly to sin.

Verse 35 speaks of the insensibility of dulled senses and the addiction that seeks the next drink above sleep.
Regardless of personal convictions, the Bible is clear in its stance on alcohol. The Word condemns the drink itself in Proverbs 20:1. We are the children of God, and He wants his children to be free of the hold and oppression of alcohol. On the contrary, He desires us to be under the influence of the Spirit.

Wine is called a mocker in Proverbs 20:1, and it deceives those who drink of it. It promises happiness, friendship, joy, strength, confidence, and freedom, but it actually causes one to be unhappy, lonely, miserable, weak, afraid, and a slave.

The Bible is also clear that mature Christians should avoid causing others to stumble by drinking (Romans 14:21). Many people in our church have been freed from this bondage. This addiction cost them a lot of money, time from family and even some went to jail for that. The last thing we need to do is to cause them to stumble by drinking socially.

The devil uses alcohol as the worldly substitute for a Spirit-filled life. While alcohol causes loss of control, the Holy Spirit offers self-control.

Leaders ought to avoid drinking alcohol (Proverbs 31:4-7) and cannot be given to drunkenness (1 Timothy 3:3, 8 Titus 1:7). Those leaders who say, well we will drink in moderation.

First of all, it’s very hard to do with alcohol.
Secondly, what you do in moderation as a leader, people will do in excess. One beer might not send me to hell, but it could lead ten people there who saw me, and followed my example.

What leaders do in moderation, people do in excess.

Drinking ruins our Christian testimony. Max Lucado said, “One thing for sure, I have never heard anyone say, “A beer makes me feel more Christlike . . . Fact of the matter is this: People don’t associate beer with Christian behavior.”

We are called to be sanctified saints, not sipping saints.

God does not lead us into evil; He delivers us from it. God made man have fellowship with Him. Alcohol abuse goes directly to the brain, the communication center of the body. It interferes with God’s purpose for mankind.

Few examples of what alcohol abuse did to people in the Bible:

Noah became drunk; the result was immorality and family trouble.

Lot was so drunk he did not know what he was doing; this led to immorality

God commanded priests not to drink so that they could tell the difference between the holy and the unholy.

The Nazarites were told to eat or drink nothing from the grape vine.

A drunken son was stubborn and rebellious.

God gave no grape juice to Israel nor did they have intoxicating drink in the wilderness.

Intoxicating wine is like the poison of serpents, the cruel venom of asps.

Samson was to be a Nazarite for life. His mother was told not to drink wine or strong drink.

Nabal died after a drunken spree.

By getting Uriah drunk, David hoped to cover his sin.

Amnon was drunk when he was killed.

The king was drinking himself into drunkenness when he was assassinated

Ben-Hadad and 32 other kings were drinking when they were attacked and defeated by the Israelites.

The king gave each one all the drink he wanted. The king was intoxicated when he commanded the queen to come.

Alcoholic drink is called the wine of violence.

Kings, Princes, and others who rule and judge must not drink alcohol. Alcohol perverts good judgment.

Strong drink could be given to those about to perish or those in pain. Better anesthetics are available today.

Woe to those who get up early to drink and stay up late at night to get drunk.

The Rechabites drank no grape juice or intoxicating wine and were blessed.

A drinking servant is unprepared for his Lord’s return.

Do not walk in drunkenness or immorality.

Do not do anything that will hurt your testimony as a believer.

Acts of the sinful nature, such as drunkenness, will prohibit a person from inheriting the kingdom of God.

Christians are to be alert and self-controlled, belonging to the day. Drunkards belong to the night and darkness.

The past life of drunkenness and carousing has no place in the Christian’s life.

What do you think about Christians drinking alcohol?