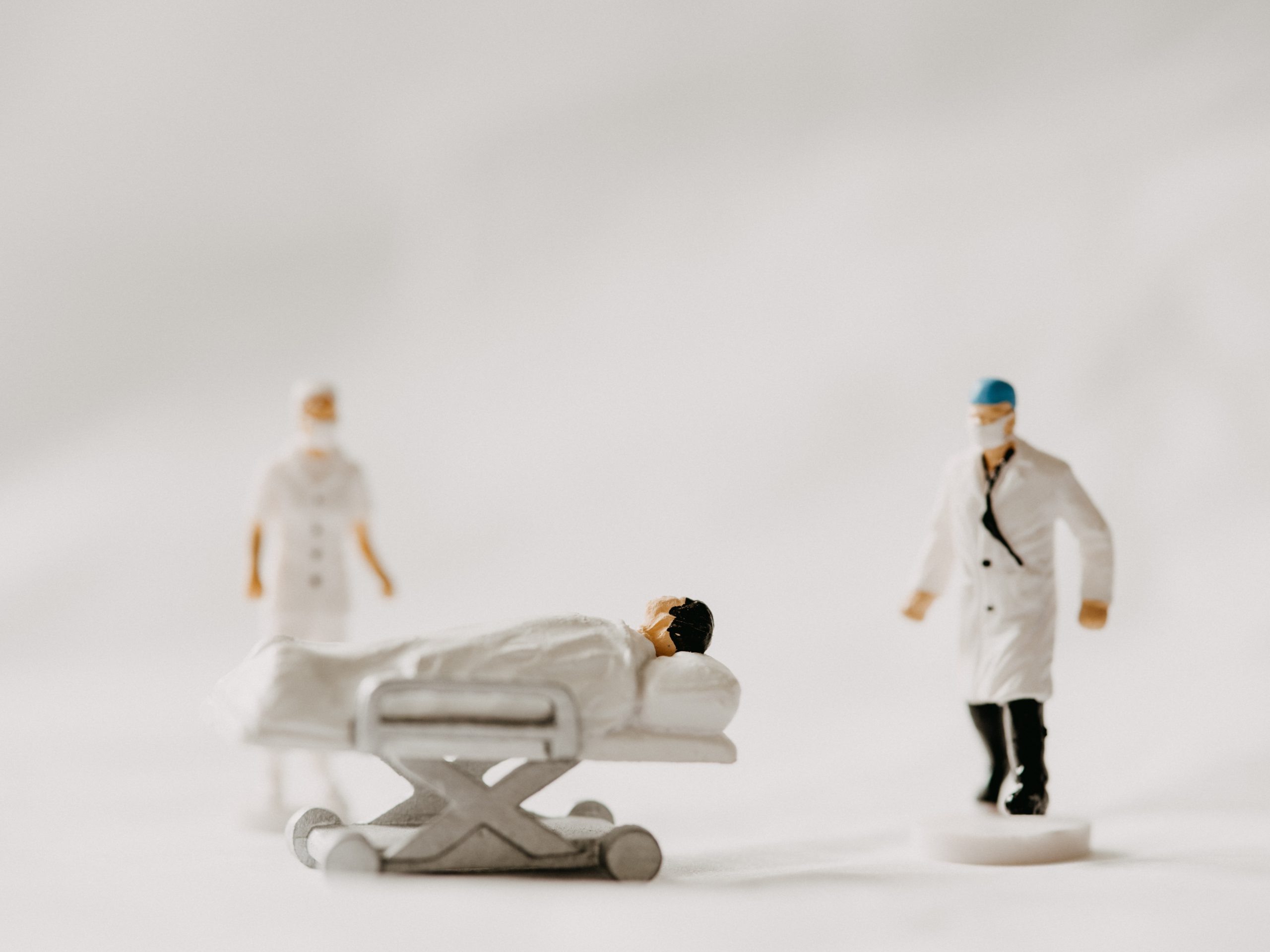 3 Truths That Can Provoke Your Healing

One thing that people will often hear me say is, “God is still in the business of healing people.” And I stand by the truth of that statement. I have seen God do some miraculous healings, and can attest to His power at work today.

Before we dive into the 3 truths, I want to point out something the Bible highlights regarding suffering and sickness.

To those who are suffering, the Bible instructs them to pray. In doing so, God will grant them strength to endure that pain. But in sickness, we are not told to simply pray and endure it, but we are compelled to pray a prayer of faith so that healing can flow.

I want to encourage you to remain steadfast in prayer. Allow God to give you the strength to endure whatever season you may be facing. And to those that are believing God for healing, I encourage you to try to implement these truths.

Truths That Release Your Healing

1. Healing comes by faith and faith comes by hearing.

Now Naaman was commander of the army of the king of Aram. He was a great man in the sight of his master and highly regarded, because through him the Lord had given victory to Aram. He was a valiant soldier, but he had leprosy. Now bands of raiders from Aram had gone out and had taken captive a young girl from Israel, and she served Naaman’s wife. She said to her mistress, “If only my master would see the prophet who is in Samaria! He would cure him of his leprosy.” Naaman went to his master and told him what the girl from Israel had said.

If you read the story of Naaman, you see that although he was influential, he struggled with leprosy. There was no cure for that condition, and he knew that. But something shifted in Naaman when the young girl in his house spoke of the possibility of his healing. It was then, that faith arose within him.

Similarly, the Bible teaches that each believer has a measure of faith. And faith can grow through hearing.

The servant girl living in Naaman’s house is a great representation of the Word of God that lives within us. When we take time to hear it and listen to it’s truth, the Bible assures us that our faith will grow.

So then faith comes by hearing, and hearing by the Word of God.

I believe that one of the main reasons that we trust doctors reports and symptoms more than what Scripture tells us is because we don’t consume the Truth enough. Scripture is the truth that we as believers should guide our lives by, even if our current “truth” is that there is pain and disease in our bodies. The trust in God’s Word is what brings forth the faith that releases our miracle.

When Jesus came down from the mountainside, large crowds followed him. A man with leprosy came and knelt before Him and said, “Lord, if you are willing, you can make me clean.” Jesus reached out His hand and touched the man. “I am willing,” He said. “Be clean!” Immediately he was cleansed of his leprosy.

The response that Jesus gave to this leper makes His will clear for us; and, understanding His will for us is the foundation to receiving healing. It is His desire to heal our bodies.

Another important thing to understand is that our foundation for healing is not soly based on our faith to see it happen, but on the price that Jesus paid on the cross. It is that sacrifice that gifts us healing.

But He was wounded for our transgressions, He was bruised for our iniquities; the chastisement for our peace was upon Him, and by His stripes we are healed.

2. We must release our faith by speaking to our disease.

As believers, it is not only important to read God’s Word to receive faith, but what we do with that faith is equally as important. I heard a quote that said,

As a matter of fact, Scripture warns us of this in James.

Thus also faith by itself, if it does not have works, is dead.

When we have listened to enough sermons, read enough verses, and heard enough testimonies, the only thing left to do is to release the faith that we have built up. That is why the first step is so important. We must release our faith by speaking to the disease or the pain and commanding it to go in the name of Jesus.

It is by trust in God’s Word that we release our faith, and it is by releasing our faith that the miracle comes.

When we read the New Testament, it doesn’t say that Jesus prayed for the sick to be healed; instead, it says He healed them. When blind people came to Jesus, He didn’t say, ‘Father, if it’s Your will…” He simply said, ‘Be opened.’ And Jesus’s disciples did the same.

The more you focus on your godliness, faith and goodness, the more you will feel inadequate. But, when you take your eyes off of yourself and fix them on Jesus and His Word, His power will begin to flow through your life. Scripture says that to Jesus was given the name above every other name. It was the power that rests in His name that He left with us on earth.

Therefore God also has highly exalted Him and given Him the name which is above every name.

For assuredly, I say to you, whoever says to this mountain, ‘Be removed and be cast into the sea,’ and does not doubt in his heart, but believes that those things he says will be done, he will have whatever he says.

We can prophesy and speak to any situation we are facing and it can be removed or uprooted, not by our positive confessions but by our faith in Christ and the authority in His name.

I am always reminded that the first healing that is mentioned in the Bible happened when Abraham prayed for the wife of Abimelech.

So Abraham prayed to God; and God healed Abimelech, his wife, and his female servants. Then they bore children.

Abraham had never seen a healing, and his own wife is barren. But despite that, he decided to pray for healing. Abraham is a great example for us today. Whether you are emotionally or physically struggling or perhaps you are facing sickness, don’t allow that to prevent you from praying for others to be healed. God can use you to be a miracle for others. You may feel inadequate but remember that healing for another person is not dependent on you, it’s based on your identity in Jesus Christ.

Allow God to use you as a vessel for someone else’s miracle.

3. Miracles happen when we don’t give up until we get an answer.

So Naaman went with his horses and chariots and stopped at the door of Elisha’s house. Elisha sent a messenger to say to him, “Go, wash yourself seven times in the Jordan, and your flesh will be restored and you will be cleansed.” But Naaman went away angry and said, “I thought that he would surely come out to me and stand and call on the name of the Lord his God, wave his hand over the spot and cure me of my leprosy.

When we see this story, we see that Naaman had an expectation set. He thought his healing would take place in a certain manner, but instead gets angry upon realizing that Elisha doesn’t even go out to greet him. Instead, he sends one of his servants with simple instructions to go wash himself seven times and he would be healed. That was so offensive to Naaman.

But why is that important? Often times, the testing of our faith can look similar to this story. There are times when we are expecting a healing to look a certain way, or praying that it will happen at a certain time and it doesn’t. When we are faced in situations like these, we must ask ourselves: am I going to let unmet expectations prevent me from receiving what I’m praying for?

We must understand that healing can happen instantly or it can happen progressively.

That’s why the Bible says “they shall recover.”

They will take up serpents; and if they drink anything deadly, it will by no means hurt them; they will lay hands on the sick, and they will recover.”

Recovery is a process; learn to lean on God while you wait. But the important thing is to be more committed to experiencing God’s healing in your body, than the time or place when it will come.

Trust and believe that today can be the day of your healing!

If you’ve been waiting or expecting for the healing of you or a loved one, keep praying and remain in an attitude of faith. Inject faith into your circumstance because it is God’s desire to bring healing.