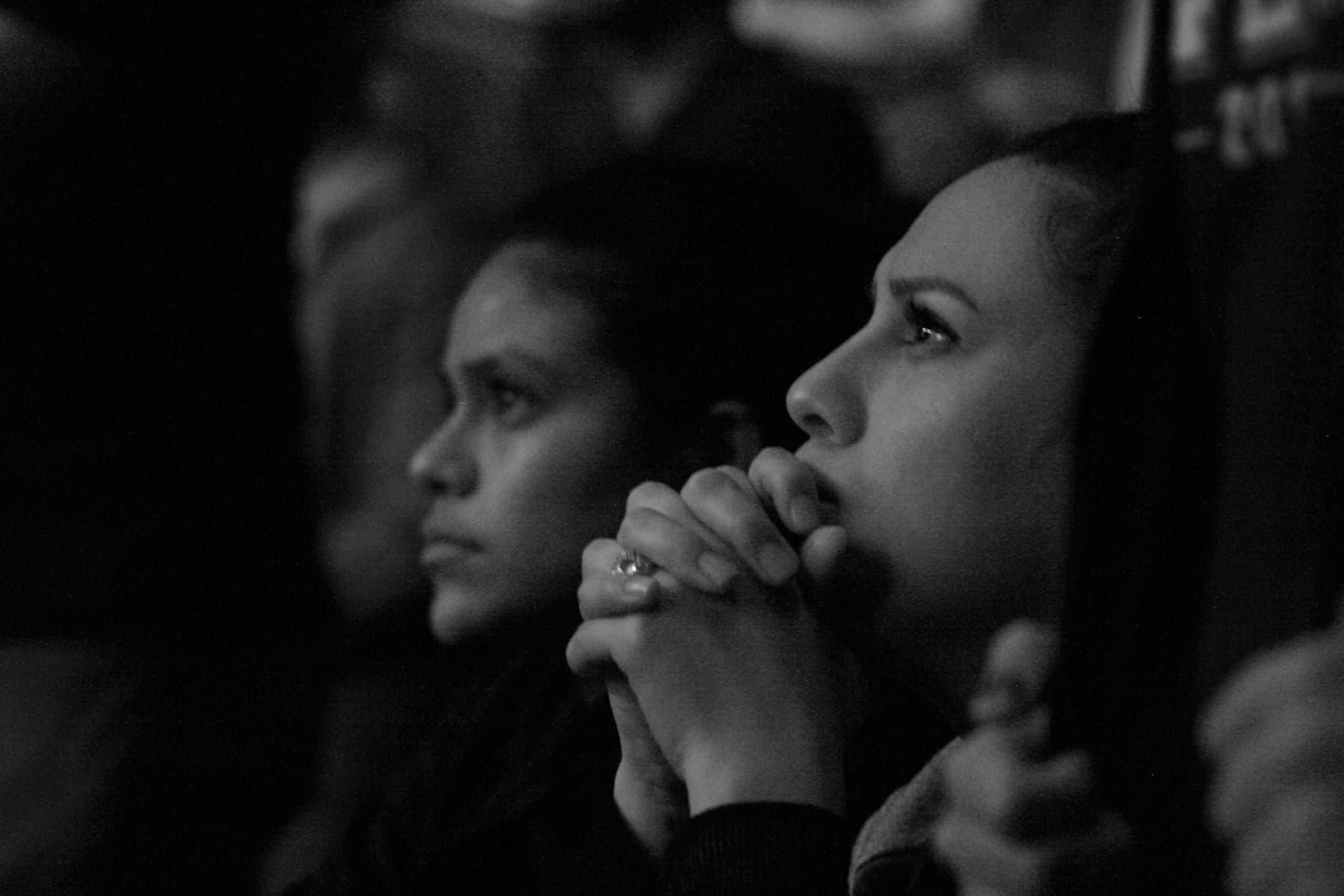 Oftentimes I will hear people say that they stopped praying because they prayed for so long and nothing happened. Due to this, many Christians struggle to have a consistent prayer life because discouragement seems to arrive before the answer to their prayer does. This can leave people wondering if something can be done to “better” their prayer life, or if there is a reason why they are not getting the answers they hoped to.

Sometimes we ask for things at the wrong time, or we need to be developed to receive the answer to our prayers. Other times, we may just be asking for something that’s wrong.

The Importance of Prayer

Expecting to receive from God when we pray, and crying out to Him in difficult situations are important aspects of our prayer time, but they are not the only ones. Prayer is ultimately a means by which we get to know God. It can also be used as a method for spiritual combat. By going to God only when we need things, we devalue prayer, making it a chore list that we give to God; if He doesn’t do it, we become upset and stop coming to Him. It is important for us to correct our view of prayer from transactional to relational.

The problem is when we reduce prayer to a means of receiving things from God instead of a means of developing a relationship with Him.

If you harbor bitterness, offense, or unforgiveness in your heart towards somebody, it will hinder your prayers. Even if you are praying for the right thing at the right time. Jesus explains in the Scripture above that He wants you to forgive them. Unforgiveness brings a gap or hindrance that blocks the signal between you and God.

“But let him ask in faith, with no doubting, for he who doubts is like a wave of the sea driven and tossed by the wind. For let not that man suppose that he will receive anything from the Lord.”

James explains that praying for something while in a state of doubt will hinder you from receiving from the Lord.

Sometimes we find ourselves doubting because we are not sure if what we are praying about is actually God’s will. If you find yourself doubting, find Scripture about what you are praying for so that you can understand God’s heart on that matter.

It’s also important to trust God’s character. Doubt often masks itself as fear, making us feel as though God doesn’t hear us when we pray. When this happens, be careful to not put your faith in yourself or in the fact you have faith, but solely in God’s character. When you ask God for something, believe that He has heard you and that He is a good Father who cares for His children. He will give you what you are asking and petitioning for at the right time and under the right circumstances.

“You ask and do not receive, because you ask amiss, that you may spend it on your pleasures.”

We see an example of this in the story of the prodigal son, who asked his father to give him his inheritance (Luke 15:12). Not only did he ask his father for this at the wrong time because his father was not even dead yet, but his intentions for asking were wrong. In his request for his inheritance, he showed the true heart posture–wishing his father would die sooner for his own financial gain. He had no regard for his father’s life, but rather for what he could gain from him. We know that his desire and request were wrong because of the path that it led him down, ultimately distancing and separating him from his father.

When the prodigal son returned home, however, he made a different request out of brokenness. He requested to be his father’s servant, which also did not get granted to him (Luke 15:19). The moment the son had come back with a different attitude and request, the father welcomed him with open arms as his long-lost son instead of a slave.

The story of the prodigal son is a great example of how the quality of our prayers and requests to God can reveal the brokenness or the pride that’s hiding in our hearts.

Behold, the Lord’s hand is not shortened, that it cannot save;
Nor His ear heavy, that it cannot hear.
But your iniquities have separated you from your God; and your sins have hidden His face from you, so that He will not hear.

When you are praying, it is important to confess your sins to God. If not, having something in your heart that weighs you down, and distracts your mind will cause an inability for you to connect with God. When we come to God only with a list of our urgent needs, we are praying to God transactionally—only for what we need, instead of dealing with our sin. Sometimes we don’t want to confess our sins because confession is supposed to lead to repentance. Confession is not just saying, “I’m sorry,” so that you can go back and do the same sin again, but rather “God, I’m choosing to turn away.” God is looking for you to not only acknowledge your sin but also for you to choose to forsake it. Sometimes we like certain sins too much that we willfully do not want to forsake them, and therefore, we willfully choose to not confess them to avoid feeling guilty for continually committing that sin. But this will damage your relationship with God.

This is not to shame a person who is actively and genuinely confessing and trying to repent of sin but keeps repeatedly falling into it; this often happens if the sin has a stronghold over one’s life that keeps bringing them back under its grip until the stronghold is dealt with. However, this is very different than the one who willfully chooses to sin over and over again without confession, repentance, and the acknowledgment of that sin before God.

Repentance means choosing to turn away from sin.

Before you pray for anything else, you should pray for your relationship with God. Ask God to examine your heart and bring to light anything that is not pleasing to Him. When He does, be quick to repent, acknowledge your guilt and sin, and ask for His forgiveness and for His blood to cleanse you. Ask God for the strength to walk away, forsake, and remove the sin completely from your life, so that your walk with the Lord will not be broken or hindered.

Christians often overlook this reason as to why their prayers do not get answered:

“Husbands, likewise, dwell with them with understanding, giving honor to the wife, as to the weaker vessel, and as being heirs together of the grace of life, that your prayers may not be hindered.”

In this verse, Peter tells husbands that the mistreatment of their wives can cause their prayers to be unanswered.

Although husbands are the main subject of this verse, this also applies to wives. If you don’t dwell with your spouse with understanding, or in other words, if you are harsh, mean, continually and intentionally hurting their feelings, or speaking negative words to them that destroy their self-identity, you need to repent. If you are a husband, who acts like a jerk to his wife, or if you are a wife who manipulates her husband, your prayers will be hindered.

Although you may feel God’s presence when you pray, God won’t be pleased with you. God does not only want you to love Him, but He also wants you to love the people who are close to you, even if they are not perfect. Jesus’ second commandment is not to make sure the people closest to you love you, but rather that you love them. We are responsible for loving those around us—our parents, our spouses, and even our enemies—there is no “unless.”

And the second is like it: ‘Love your neighbor as yourself.’

We are commanded to love our neighbor as ourselves. It’s not a suggestion.

The Bible clearly states that God holds us responsible for our attitudes, especially how we treat and speak to our spouses. If you are praying to God and have a bad attitude or are dealing with an. unrepented sin against your spouse, you may feel that there is a wall between you and God preventing your prayer from reaching Him.

You need to repent before God, then repent to your spouse.

Prayer is not just another religious duty, nor is God playing games with us to see what gets answered and what doesn’t. Praying is not only petitioning before God but also spending time with Him.

“And in that day you will ask Me nothing. Most assuredly, I say to you, whatever you ask the Father in My name He will give you. Until now you have asked nothing in My name. Ask, and you will receive, that your joy may be full.”

Jesus encourages us to pray and ask the Father for what we need in His name. He tells us that answered prayers bring joy to us as Christians. It is God’s desire to answer your prayers! He wants to hear from us as His children and He wants to respond.

I encourage you to keep on praying, keep on confessing and repenting of your sins, and growing in holiness and righteousness before God so that He will answer your prayers.